SingPost apologises for unlocked mailbox masterdoors at Bedok and Woodlands 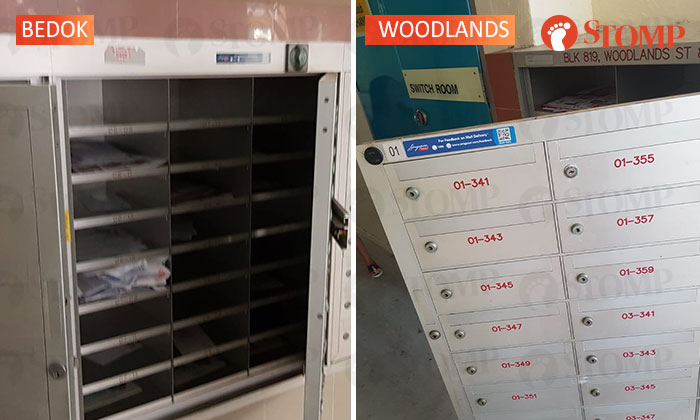 Two residents discovered mailboxes at their Housing and Development Block (HDB) block left opened and unattended in separate incidents at Woodlands and Bedok.

Stomper Julie who stays at Block 819 Woodlands Street 82 told Stomp that she and her husband were going for lunch at about 12pm on Saturday (June 2) when they came across an unlocked masterdoor to a mailbox panel.

Around 21 mailboxes were left open. 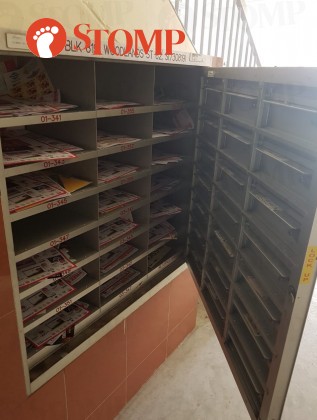 Julie said she and her husband waited around five minutes for the deliveryman to return, but did not see anyone.

She then called the SingPost hotline but hung up before she could get through to a customer support officer.

After that Julie and her husband left for lunch.

Julie added that she is unclear when the matter was resolved but when she came back the following day, the mailbox panel had been secured.

Hasan said that his mailbox was one of those that were left opened.

Concerned that confidential items may go missing, Hasan called the SingPost hotline at 6.35pm to inform SingPost about the problem. 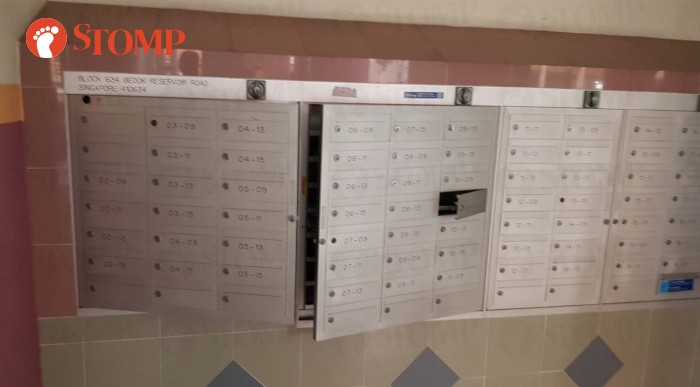 "I waited around 15minutes to 20minutes but no one came."

"I had to go after that, but I got a call from SingPost around 8.30pm telling me that they had dispatched a staffer to the scene and the mailboxes were locked."

In response to Stomp queries on both the incidents, a SingPost spokesman said:

“We regret the two recent incidents of unlocked mailbox panels. In both cases, an Inspector of Post was dispatched immediately to shut and lock the masterdoors within a short period of time.

“We take these lapses very seriously and our investigations have shown that our postman had failed to check that the masterdoors were shut and locked, after he finished delivering the mail.

“We apologise for the inconvenience caused.

“Steps are being taken to prevent such occurrence and disciplinary action has been taken against the postmen. We would also like to thank the residents for alerting us and allowing us to immediately rectify the lapse.”

Related Stories
SingPost postman sacked after he was caught on video throwing away mail at condo
SingPost compensates Stomper $859 after his parcel containing iPhone went missing
SingPost refutes claims by postman who threw away letters and complained about work environment
More About:
SingPost
mailboxes
delivery