Resident ruffled by 'gigantic' cage at Compassvale stairwell, with birds that chirp all night 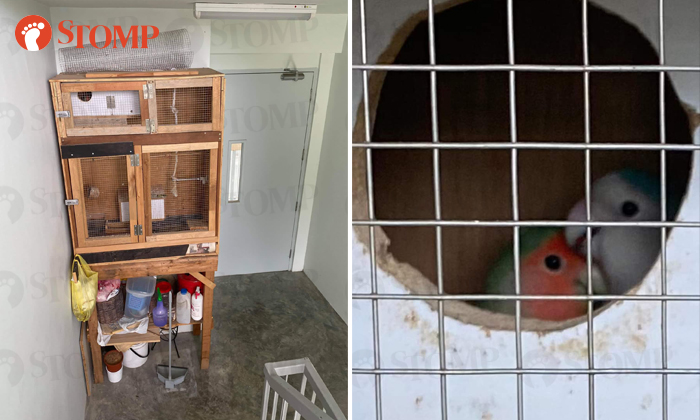 A resident has raised concerns over a bird cage placed at the ninth-storey stairwell of Block 211D Compassvale Lane.

Stomper Tan said the "gigantic" bird cage has been there since October 2021 despite providing him feedback multiple times.

He shared photos of the cage, which houses a pair of birds.

Tan said: "More often than not, the chirping sounds of the birds can be heard even in the middle of the night. which prevents residents from having their rest time.

"The ground is also soiled with food and droppings that can be smelled from afar." 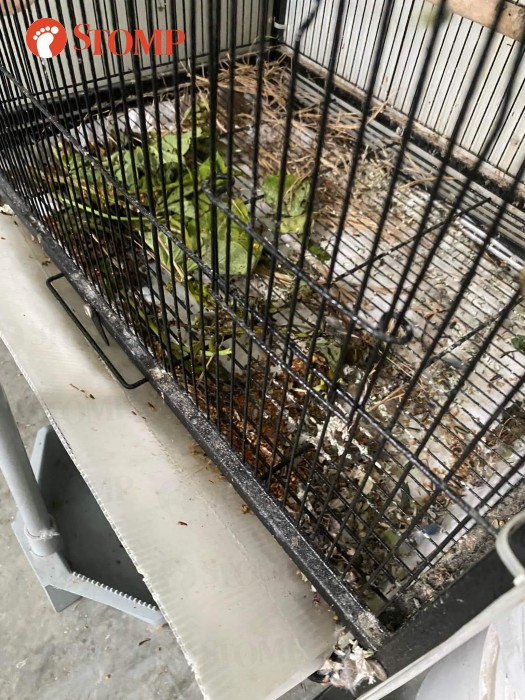 Tan feels that the bird cage might be a potential safety hazard too.

He added: "The bird cage is also obstructing evacuation during emergency and a potential source for spreading bird-related diseases and parasites amidst the COVID-19 pandemic that we are in now."

"This matter has been reported to Sengkang Town Council and I've been emailing the various authorities, but the matter is still not resolved even after half a year till today."