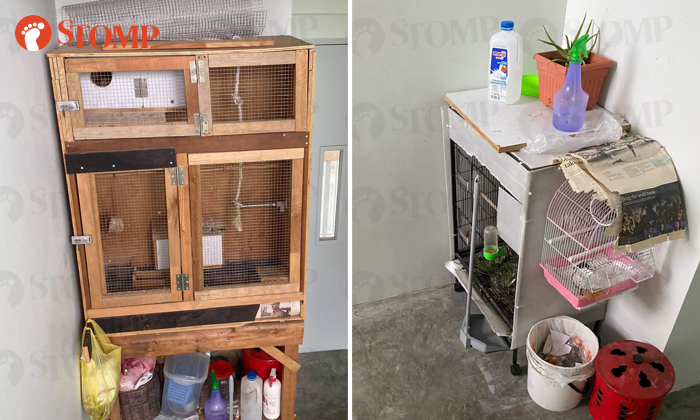 Sengkang Town Council will be serving a notice of warning to a resident who placed bird cages at a staircase landing on repeated occasions, a spokesman told Stomp.

He also said the situation has remained unresolved since October 2021.

In response to a Stomp query, a spokesman for Sengkang Town Council said: "We had, on several occasions, served removal notices to the owner of the bird cage in our attempts to act against the issue of obstruction along the staircase landing at the affected block."

Following the issuing of a reminder notice on December 2 last year, the bird cage was subsequently found to have been removed on December 16.

The spokesman added: "Sengkang Town Council had checked the area on April 12, 2022, and has observed that the resident had placed a different bird cage at the same spot, where the original cage had been.

"The Town Council will be serving a notice of warning to the resident, which could include the imposing of fines thereafter, should the matter persist."