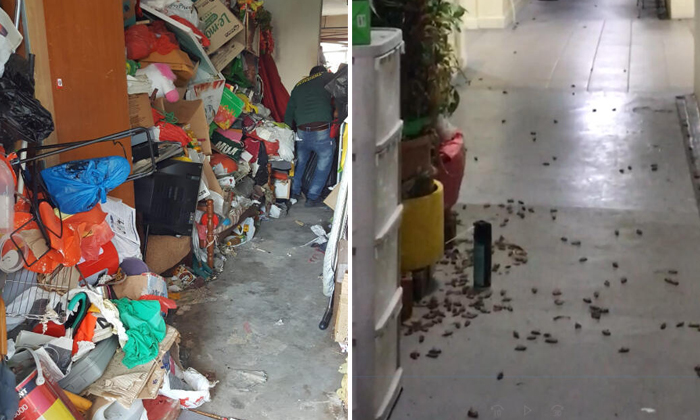 Residents at a Housing Board block in King George’s Avenue have been grappling with a horrific cockroach infestation problem that they say has been borne by a neighbour who’s been hoarding his flat for years.

Speaking to Shin Min Daily News, residents said the neighbour, a man in his 60s, would often be seen pushing a trolley of rubbish into his flat to hoard, causing the infestation. Cockroaches would then crawl into the residents’ flats on a regular basis.

They have since dubbed the man’s flat as the “cockroach house”. 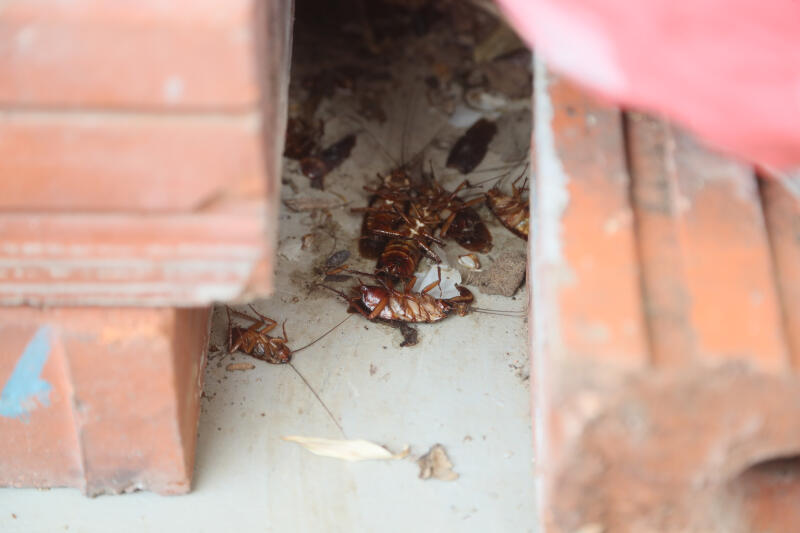 One neighbour who lives on the same floor as the man said there were initially two brothers who lived in the three-room flat, but as of late, she has seen only the older one around.

She told Shin Min that in 2017, when their block was undergoing toilet upgrading works, the man opened his door and neighbours got a glimpse of his hoarding.

She said workers managed to remove much of the garbage at the time, but she believes the flat is full of clutter again.

Another neighbour said that even though he diligently cleans his corridor every day, there would still be cockroaches outside his door.

He also said the man's flat emits a foul odour.

Another neighbour became aware of the situation when he moved in four years ago. He said the man often smells of urine, and he worries the flat is a fire hazard because of all the rubbish piled up inside.

The man's next-door neighbour finally had enough one day, and she opened a new bottle of insecticide to spray on the man's potted plants outside his flat.

To her horror, "hundreds" of cockroaches emerged, and there were cockroach carcasses all over the place.

Shin Min understands that the Jalan Besar Town Council has since convinced the man to clean both the inside and outside of his flat.

View moreimages in the gallery.