Fernvale residents still keeping cockroaches, worms and birds at corridors after over a year 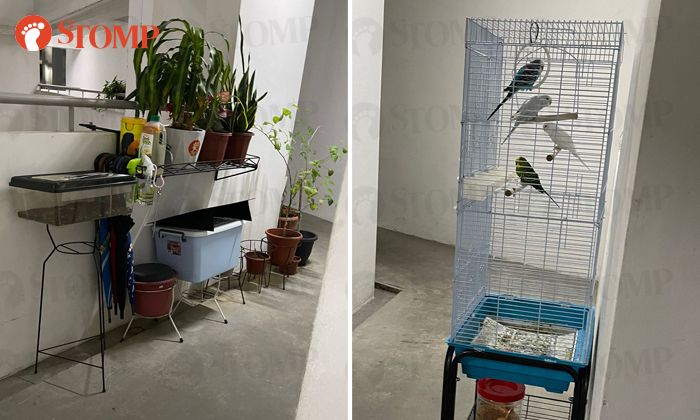 Residents at Block 468B Fernvale Link have been keeping cockroaches, worms and birds along the corridors for more than a year now.

The situation had been going on for months when Stomper D first highlighted the matter on Stomp in November 2020.

He said that a resident has been keeping birds in a cage on the fourth storey, leaving the ground soiled with droppings and food. 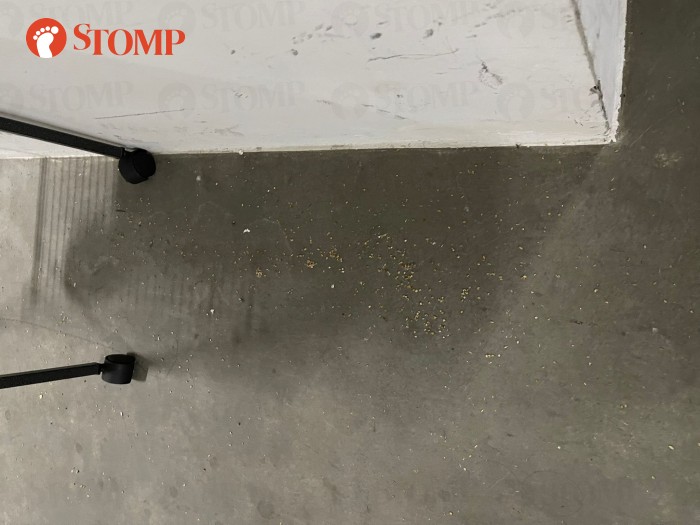 D said about the fifth floor: "There are worms alive inside a small plastic container with food inside. Below the bigger container, you can see a paper tray used for holding eggs with live cockroaches and there is food inside too."

The items were subsequently removed and the area was cleaned up, Ang Mo Kio Town Council told Stomp at that time.

However, the Stomper said the situation continues to persist one year on. 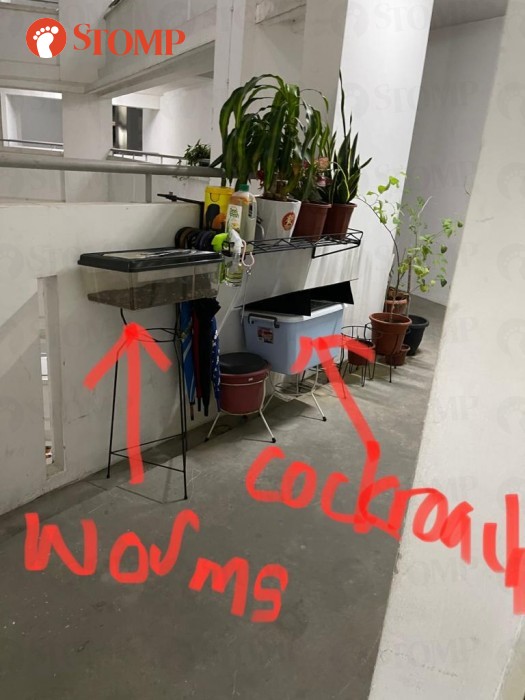 D shared: "The owner of the fourth-floor unit will always bring the bird cage out early in the morning when he goes out to work at around 6am to 6.30am.

"The birds will start to chirp and attract wild birds with their noise and food.

"For the flat owner on the fifth floor, he will come out to the corridor at around 8am to 9.30am every morning, especially on weekends and public holidays, to retrieve the insects and go back into the unit.

"The worms and cockroaches along the fifth-floor corridor are food for wild birds and attracting them too.

"Despite using the OneService app to report this and emailing the various authorities, the matter is still not resolved even after one year."

In response to a Stomp query, a spokesman for Ang Mo Kio Town Council said on Friday (Dec 24): "We have advised the residents to keep the common areas free from any personal items so as to prevent obstruction and pest infestation.

"The personal items (being bird cage and a box of worms) have since been removed from the common corridor."

However, D told Stomp that the residents simply put the items back afterwards.

Photos that he shared show the bird cage along the fourth-floor corridor again on Saturday. The items are still there at the time of writing. 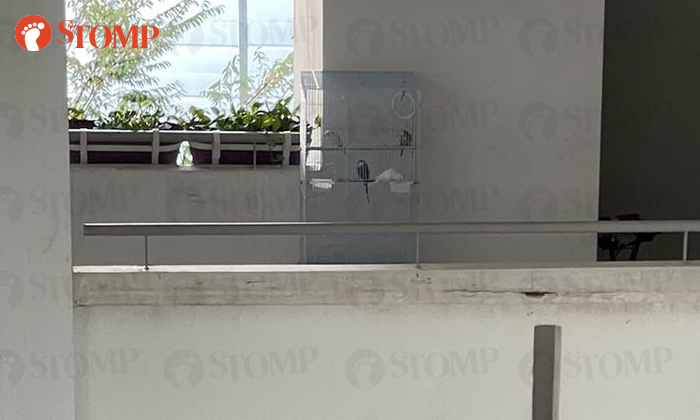