Punches, kicks and chair thrown about during brawl outside St James club 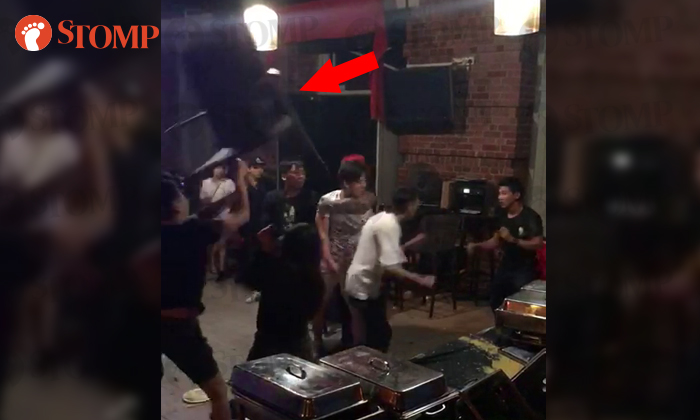 The brawl is believed to have started after two men accidentally bumped into each other on a ramp in the club.

Read the full update here: St James brawl allegedly started after men bumped into each other, patrons banned from club

A violent brawl involving a large group of men broke out outside a nightclub located at St James Power Station.

Stomper Weena said she witnessed the fight on April 17, at around 4.45am, and contributed a video that she filmed.

According to her, the incident occurred outside Club Hollywood Singapore. Its logo can also be seen in the video that Weena recorded:

Weena told Stomp in a phone interview: "The fight involved several customers and then the bouncers intervened."

In the video, the group of men are seen punching, kicking and shoving one another. Someone also threw a chair and vulgarities can be heard.

It is unclear what the altercation was about or what started it.