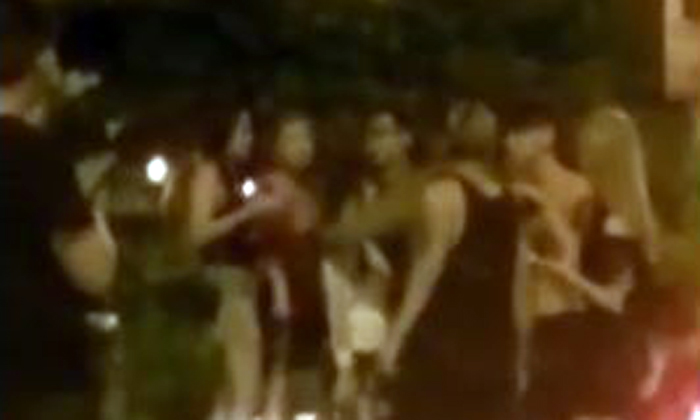 A commotion was captured on video outside St James at about 6.20am today (Apr 12), when a guy was seen being restrained by others while pointing angrily at some women who were standing at a road divider.

A driver who was passing by filmed the incident and posted it on the Singapore Taxi Driver Facebook page.

The clip shows the man pointing angrily while walking towards the women.

A few other men can be seen restraining the man.

In the post, the driver who filmed the incident said that the 'ah beng' had hit a woman during the dispute.

The driver later posted a second video in the comments section, saying that police officers were talking to both the men and women.

While netizens stated in the comments that it was unclear what started the commotion, they did point out that it was unbecoming for the man to be behaving as such towards women.

Stomp has contacted the Police for further details on this incident.