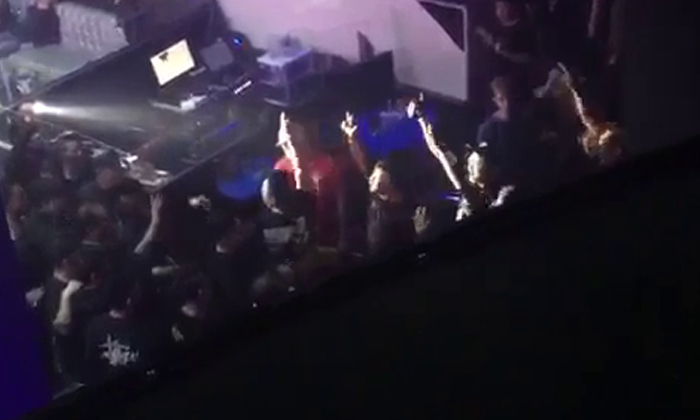 Five men, aged between 26 and 32, have been arrested for their suspected involvement in gang-related activities, following a brawl that broke out in a club loctaed at St James Power Station on Nov 12.

Videos of the incident, which occurred at ENVY Dance Club in the wee hours of Sunday, were viral after being posted online.

They show a violent altercation among a large group of people -- including club patrons, staff and security officers -- as well as several men chanting gang slogans.

In a statement regarding the incident, the police said they were alerted on Nov 14 to "an online video depicting several men shouting gang-related slogans in Envy Dance Club".

"Following extensive ground enquiries and follow-up investigations on the same day, officers from the Criminal Investigation Department (CID) arrested the men within 24 hours," they added.

Investigations against the men are ongoing.

The police also said that they "take a very stern view of gang-related activities and will continue with tough enforcement efforts and come down hard on those who choose to be associated with gangs and their activities."

Anyone convicted for being a member of an unlawful society under Section 14(3) of the Societies Act, Chapter 311, is liable to be sentenced to a fine not exceeding $5,000, or to a jail term of up to three years, or to both.

It was earlier reported that two men and one woman, all aged 23, were arrested for assaulting a police officer who had been conducting a routine patrol at the club at 4.30am.

ENVY Dance Club also posted a statement on its Facebook page and said it was "conducting investigations with the help of the SPF".

It wrote on Nov 13: "We ENVY Dance Club strictly do not condone such rowdy actions and will protect the public interests at all costs.

"We apologise for any dismays caused during the enforcement for safety and protection.

"Various perpetrators have already been taken down."

The club also appealed for anyone with information to contact them.