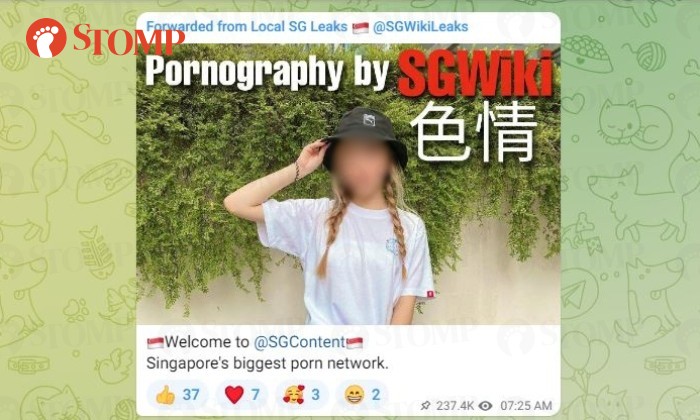 "One is an open group and another is a private group that requires approval to join, followed by some other subgroups," said the Stomper. 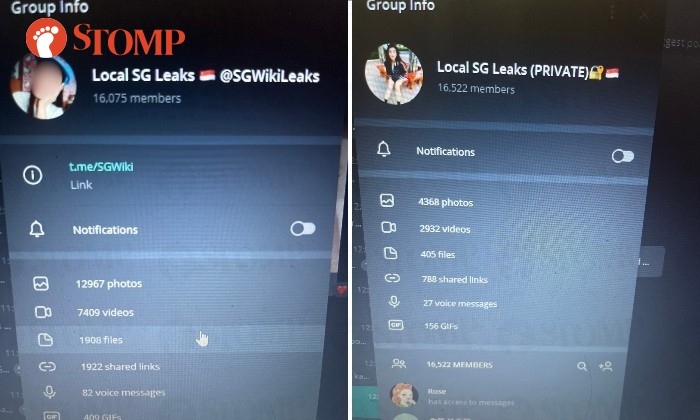 "I discovered these Telegram groups where people are sharing leaked sex tapes and some are even profiting from it. This is the new SG Nasi Lemak group, which was taken down a long time ago."

He told Stomp: "People would usually take a screenshot of somebody from TikTok or Instagram and upload it to the Telegram group, asking whether this person has any leaks.

"Videos and pictures shared also include upskirts, underage girls and much more.

"I know a few victims whose photos were stolen got harassed because of this. Strangers would drop a DM asking for sex or even send them explicit pictures out of the blue. I have stepped forward to advise them to make a police report.

"The number of people in the group is growing each day. With each person joining, more videos and pictures are being shared and circulated."

"Some would even ask for trades or sell those videos and pictures that do not belong to them," said the Stomper. "Some people got scammed this way."

Group members are regularly reminded that "reselling stolen content is not allowed in this group". 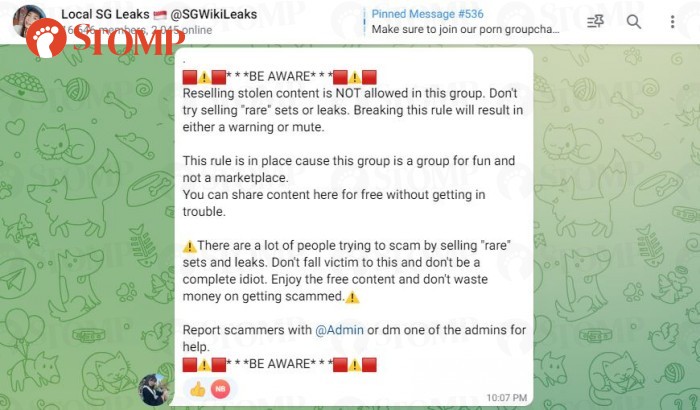 Even within such groups, there are rules, including no spamming and no advertising drugs. 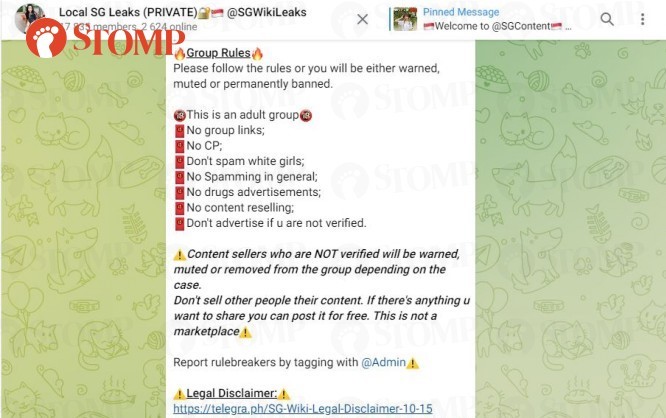 The Stomper said he has made a police report about these groups.

In response to a Stomp query, the police confirmed that a report was lodged and are looking into the matter.

Anyone who transmits obscene materials electronically can be jailed for up to three months, fined or both.

The SG Nasi Lemak group was shut down in October 2019 after four Singaporeans were arrested in islandwide raids. The chat group had more than 44,000 members when it was active.

In its wake, similar groups have sprung up on Telegram, reported The Straits Times in October last year.

A petition to get these groups shut down was started by National University of Singapore student Nisha Rai in March last year.