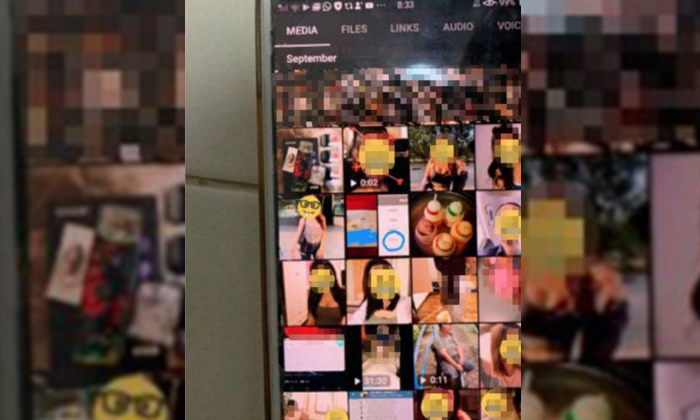 A youth was sentenced on Friday (Oct 16) to a year's probation after he admitted to sharing obscene films with other members in the SG Nasi Lemak Telegram group chat that hosted upskirt images.

As part of his sentence, Justin Lee Han Shi, 20, must remain indoors from 11pm to 6am every day and perform 40 hours of community service.

Lee had pleaded guilty last month to an offence under the Films Act, admitting that he was in possession of more than 400 obscene films last year.

He was among four Singaporeans arrested last October in islandwide raids that brought down the group chat.

The other three are: Leonard Teo Min Xuan, 27; Liong Tianwei, 38; and a 17-year-old boy, who can no longer be named in news reports because of recent amendments to the Children and Young Persons Act.

The law now covers those below 18 years old. The cases against the trio are still pending.

The group had about 44,000 members when it was active, and used the platform to share obscene photos and videos of women in Singapore.

Officers from Ang Mo Kio Police Division had arrested the four for their "suspected involvement in circulating obscene materials and promoting vice activities" through the chat group.

More than 10 electronic devices were seized, including a central processing unit, a laptop, a hard disk and several mobile phones.

The group, which was reportedly set up about two years ago, charged $30 as entry fee.

It made the headlines after a Twitter user stated on Sept 30 last year that she had been mentioned in the Telegram chat group.

As a result, other Twitter users came forward to express their disgust at the content being circulated in SG Nasi Lemak.

For each charge of being in possession of obscene films, an offender can be jailed for up to six months and fined up to $20,000.