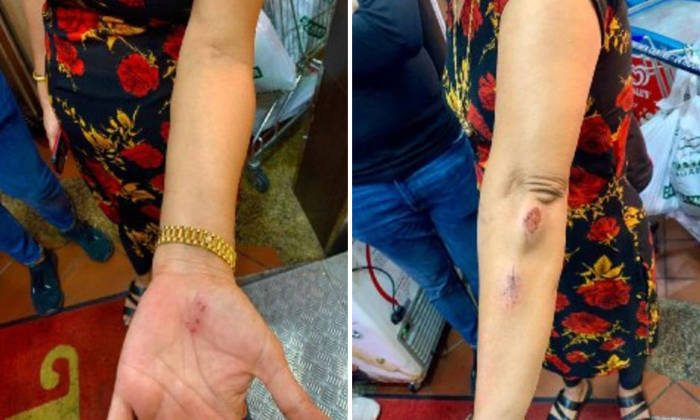 The police on Tuesday (May 11) said they arrested a 30-year-old man alleged to have used a racial slur and kicked a woman on the chest last week.

The man was arrested for public nuisance, uttering words with intent to wound the racial feelings of others, and voluntarily causing hurt, following a report lodged about an incident in Choa Chu Kang Drive on Friday (May 7), said the police in a statement, adding that investigations are ongoing.

"The police take a serious view of such acts that have the potential to damage racial harmony in Singapore. Any person who makes remarks or takes action that can cause ill-will and hostility between the different races will be dealt with swiftly and in accordance with the law," they said.

The woman, private tutor Hindocha Nita Vishnubhai, 55, told The Straits Times on Tuesday that she went to Jurong Police Division Headquarters at noon and narrated the incident to an officer. Madam Nita also accompanied the officer to the scene of the alleged incident.

"I feel so much safer now that a suspect has been identified. The police were very efficient and have done a commendable job addressing this incident," she said.

Madam Nita, an Indian Singaporean, was brisk walking from Choa Chu Kang MRT station towards Choa Chu Kang stadium at about 8.30am on Friday when the alleged assault took place.

The offence of public nuisance carries a jail term of up to three months, a fine of up to $2,000, or both.

The offence of uttering words with deliberate intent to wound the racial feelings of any person carries a jail term of up to three years, a fine, or both.

The offence of voluntary causing hurt carries a jail term of up to three years, a fine of up to $5,000, or both.