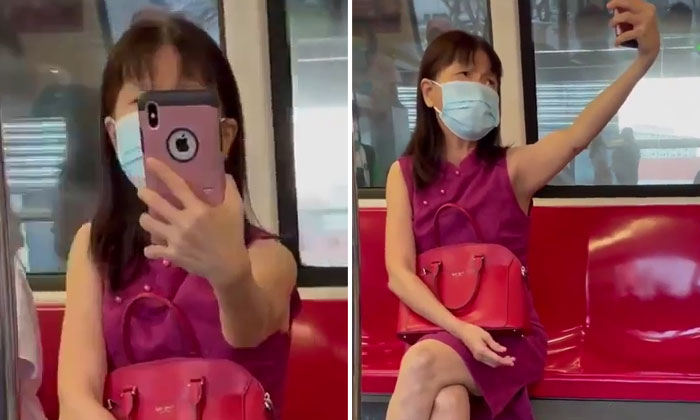 The YouTube channel allegedly run by a woman who grilled passengers about their race on a train last week has been terminated.

In a statement to The Straits Times on Wednesday (April 28), YouTube said the channel was removed due to violations of its harassment and cyber bullying policies.

"We have strict policies that prohibit harassment on YouTube, including content that maliciously insults someone based on their race, gender expression or sexual orientation," said the spokesman.

"We quickly remove content that violates these policies when flagged."

Based on its Transparency Report, YouTube removed more than 100,000 videos from Singapore between October and December last year.

The YouTube channel that was removed had a total of 29 video uploads, 28 of which alleged racism.

It was purportedly run by a woman who was caught in a video dated April 21 on an East-West Line MRT train questioning passengers about their ethnicity while purportedly taking videos of them.

In the video uploaded by Twitter user Ryan Kalmani, the woman was heard claiming she was from Hwa Chong, and questioning other commuters in the cabin about their education.

The YouTube channel and other personal details of the woman were dredged up after the incident went viral on Twitter.

The woman's face can be seen in some of the clips, which show her accusing several members of the public of being racist and harassing her.

In other clips, the members of the public appear to be unaware that she was taking a video.

The oldest clip on the channel dates back to December 2016, but the rest were uploaded between April 2019 and earlier this month.

A police spokesman confirmed that reports have been lodged in relation to the incident on the train last week and that a 57-year-old woman is currently assisting in investigations.