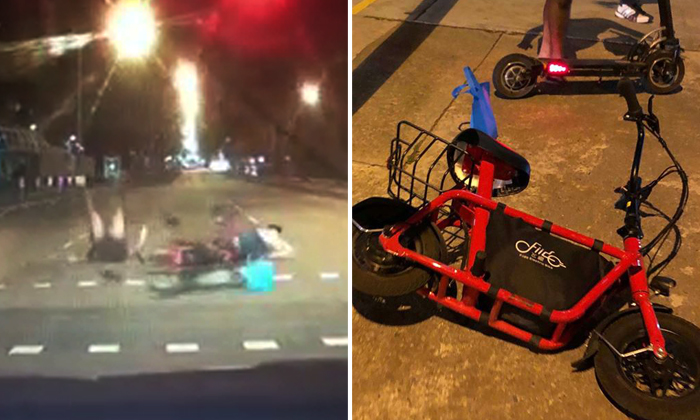 The 18-year-old e-scooter rider has been arrested.

In the video, a man can be seen crossing the road on his PMD, which looks like a bicycle. The traffic light was blinking green in his favour.

However, an e-scooter rider that was travelling on the road suddenly crashed right into him.

A photo posted by Mr Chiang shows two men sitting on the road after the collision.

Mr Chiang told Stomp: "The PMD rider was in shock and fractured his leg."

Responding to a Stomp query, the police said they were alerted to the accident involving an e-scooter and a PMD at 8.21pm.

The PMD rider was conscious when taken to Sengkang General Hospital.

Under the Active Mobility Act, PMDs are not allowed on roads at any time. 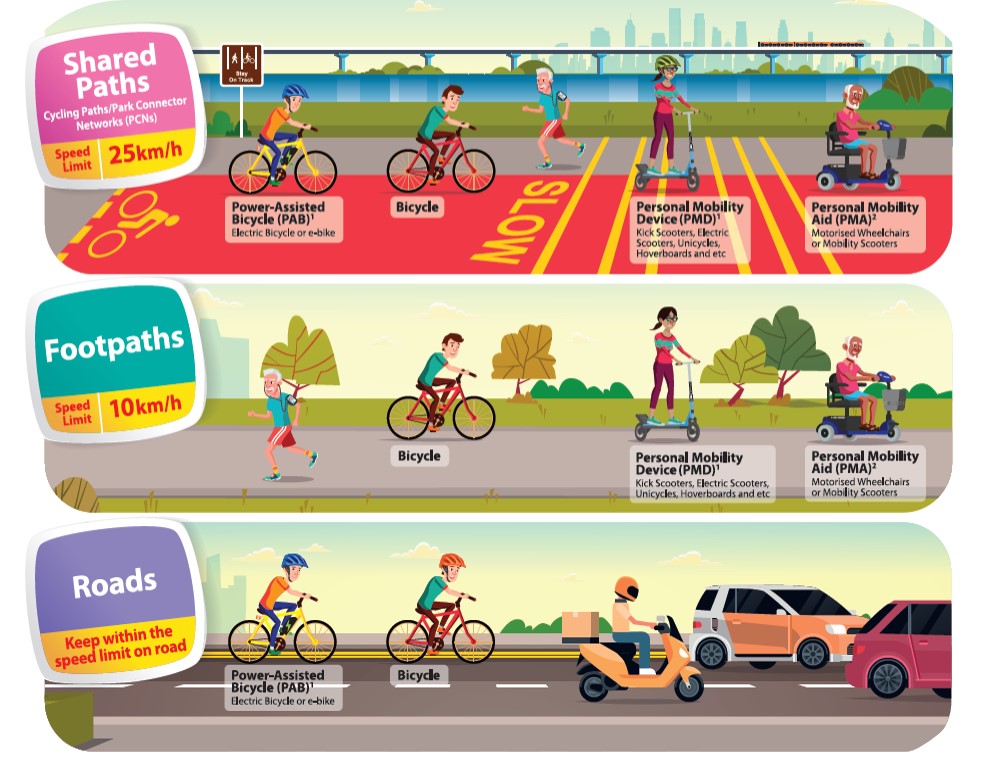