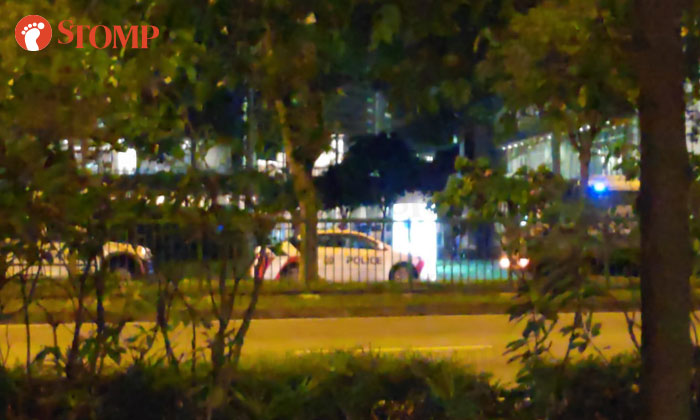 A man allegedly kicked a 14-year-old e-scooter rider after the boy had collided with his son who was riding a bicycle along Woodlands Avenue 9 on Monday night.

Stomp understands that the man and his 13-year-old son were both cycling in one direction when another group approached them from the opposite way.

When the boy riding an e-scooter collided with his son, the man got angry and confronted the teen.

According to an eyewitness, he then kicked the boy.

Stomper Irfan alerted Stomp to the incident and shared a photo of an ambulance and police cars from the opposite side of the road.

"I saw an ambulance and two police cars outside Republic Polytechnic as I was riding by on my e-scooter," he said.

"I saw another ambulance come by later and paramedics pushing someone into one of the vehicles on a stretcher."

In response to a Stomp media query, the police said they were alerted to a case of voluntarily causing hurt and rash act along Woodlands Avenue 9 at about 9.19pm.

"Two boys, aged 13 and 14, were conscious when conveyed to KK Women's and Children's Hospital," a spokesman said.