Arrested: E-scooter rider runs away and refuses to comply with LTA officers who seized his overweight PMD 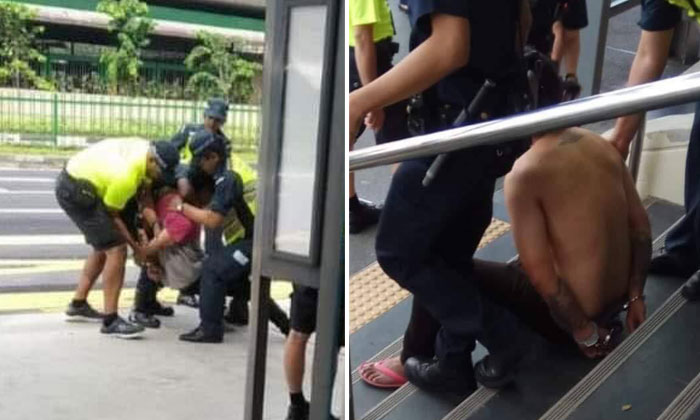 A 33-year-old e-scooter rider was arrested after he refused to comply with officers from the Land Transport Authority (LTA) who seized his personal mobility device (PMD) along Yishun Avenue 2 on Tuesday (Nov 20).

Photos from the incident were posted on SG Road Vigilante's Facebook group page showing the man being apprehended. 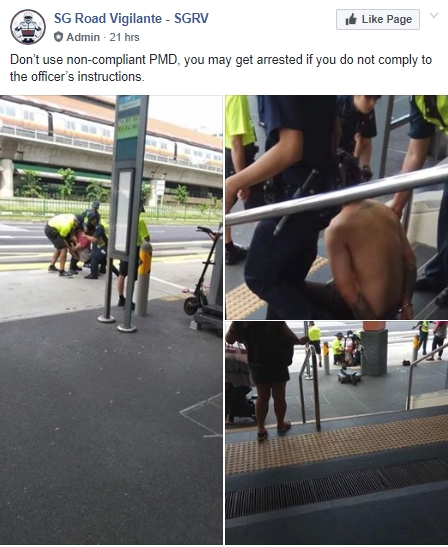 They also showed an e-scooter placed on a weighing scale.

In response to Stomp media queries the police said they were alerted to a case of rash act at about 10.34am.

"A 33-year-old man was subsequently arrested in relation to the case," the police said.

Stomp understands the man was stopped by LTA officers to weigh his e-scooter.

When it was found to be overweight, they intended to seize it but a dispute broke out as the man did not want to cooperate.

The man then dashed across the road and the LTA and auxiliary police officers gave chase.

After nabbing him, they tried to explain the procedure to the rider who still refused to comply.

Under the Active Mobility Act, e-scooter and other PMD users must ensure their devices do not weigh more than 20kg.

Related Stories
Stomper sends e-scooter for repair, but gets it back in worse condition and is asked to pay more
E-scooter user rides away from enforcement officer at Sims Drive junction
E-scooter rider weaves through traffic along Serangoon North Avenue 4
More About:
e-scooter
PMDs
rash act
arrested