Missing S'porean couple at Gunung Pulai: "Please look for me and my friend, her leg 'pancit' already" 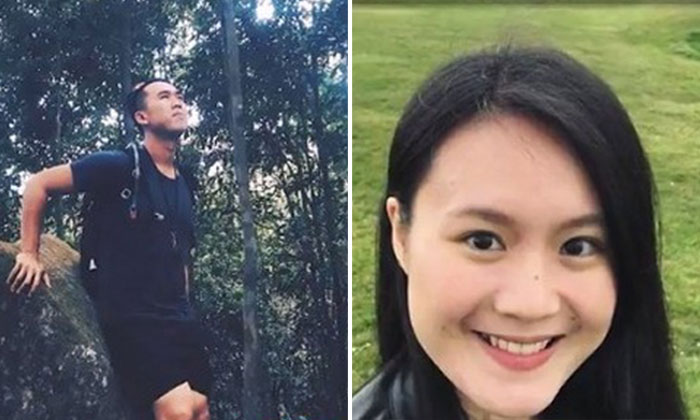 Update: Both Singaporeans have been rescued.

A Singaporean couple who got lost while trekking at a closed off mountain in Johor had called the emergency services twice.

They then drove to the mountain, Gunung Pulai, where they parked their sport utility vehicle (SUV) and ascended the mountain.

Since then, the two have not been seen.

During this time, the couple made two calls for help to the Malaysian authorities.

In the last call made to the police, Tan said that they had followed a trail marked with red tape, but got lost after that.

In the call, Tan described his encounter:

“I followed the red-coloured tape. Halfway, I got lost and I just keep going downwards.

“So now what I’m seeing right, I describe to you. I am somewhere facing the river, but this river cannot go to below one, because this is quite high.

“This side of the ‘bukit’ is only one way, facing the river. The river water only can go, man cannot go.” (SIC)

An officer on the other end of the call then asked Tan if he had tried going down the river, to which Tan replied:

“I already tested already. Just now when daytime I test already, cannot go. This one only water can go only. Yes, I’m quite high, I cannot hear anything at all. I hold so many times already. (He was put on hold after calling the authorities). (SIC)

Tan left the officers instructions too, on how they could locate him:

“So from the big plateau, we followed the red-coloured tape. You just go along there, you might find me.”

He also emphasised the urgency of his request:

“I might not be able to talk to you anymore, so please look for me and my friend. Her leg ‘pancit’ already. (SIC)

According to Lianhe Wanbao, Tan and Lum Jie both 27 years old, are a couple.

It is also understood that Tan is the boss of a gift shop, while Lum Jie works as a regional manager in Regus Singapore.

A Malaysian police spokesman confirmed that they received two calls for help from the couple after they went missing. The first was received on Monday at about 5.40pm, while the other was at 10pm.

The spokesman also pointed the last call was made by Tan, and officers asked him to describe his immediate surroundings to them.

However, when officers went down to the described location, the two were nowhere to be found.

The two have been lost for more than 60 hours.

Listen to Tan's call in the video below.