Boy goes missing from Woodlands on first day of school, mysteriously turns up in Bugis 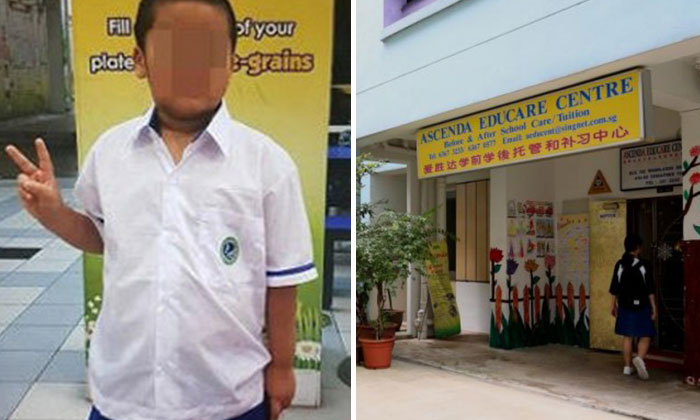 A six-year-old boy went missing while after alighting from a bus at a childcare centre, only to mysteriously reappear in Bugis.

The incident happened on Tuesday (Jan 2) at around 1pm, and the boy’s mother, Madam Wang, 35, said that it was the first day her son had attended primary school.

After his classes, he boarded a school bus which took him from the school, situated in Woodlands, to a childcare centre.

“My son was supposed to reach the centre at around 2pm.

“I felt that something was amiss, and asked the centre to check up on him.

“It was then the teacher informed me that my son was missing.

“I was so shocked I started crying, and called the police for help.”

Madam Wang immediately applied for an emergency leave from her supervisor and took a cab to the centre.

Apparently, the teacher at the centre was also in a state of panic, revealed Madam Wang.

“After the teacher asked one of the parents, she found out that the school bus driver had left my son at the entrance of the centre, at around 2pm.

“The driver instructed my son to follow that particular parent to the centre.

“However, upon reaching, he shook his head to indicate that he was not going to the centre and left.”

Madam Wang said that around 6.30pm that evening, she received a call from a kind woman informing her that her son was at Bugis MRT Station.

The boy had approached the woman for assistance after realising that he was lost, and the two went to some station employees for help.

The woman immediately called Madam Wang after finding out her number from the boy.

“Fortunately, my son remembered my number, so they could call me.

“The centre’s supervisor quickly drove me to Bugis MRT Station to pick up my son.”

Madam Wang revealed that although she felt relieved upon seeing her son, she also scolded him on the spot, adding:

“I almost lost my only son.

“To me, this was a nightmare.

“She not only for in contact with me but also treated my son to a meal.

“I am really grateful for her help.”