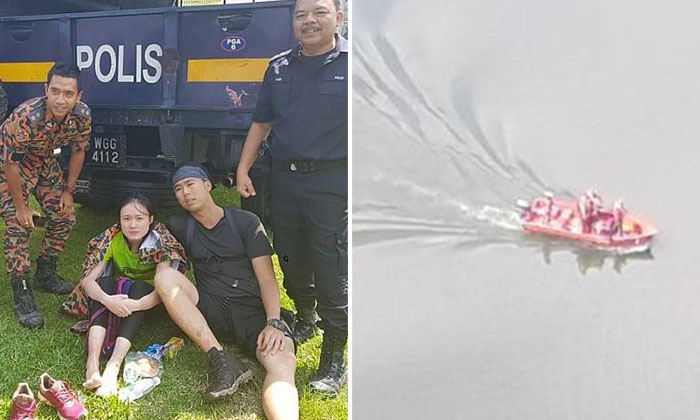 Two Singaporeans who went missing after trekking at a Gunung Pulai, a closed off mountain in Johor, on Monday evening (Feb 5) have been rescued by a boat.

The couple, Ms Lum Jie and Mr Dominick Tan Chang Xiang, were spotted near a water body by rescuers in a helicopter at around 11.30am on Thursday (Feb 8).

A boat was then deployed, and the two were rescued five minutes later.

“The victims looked exhausted and slightly dehydrated with cuts and bruises on their bodies but they could still converse and interact normally.”

Photos of the pair were posted by Johor police on Facebook after the rescue. 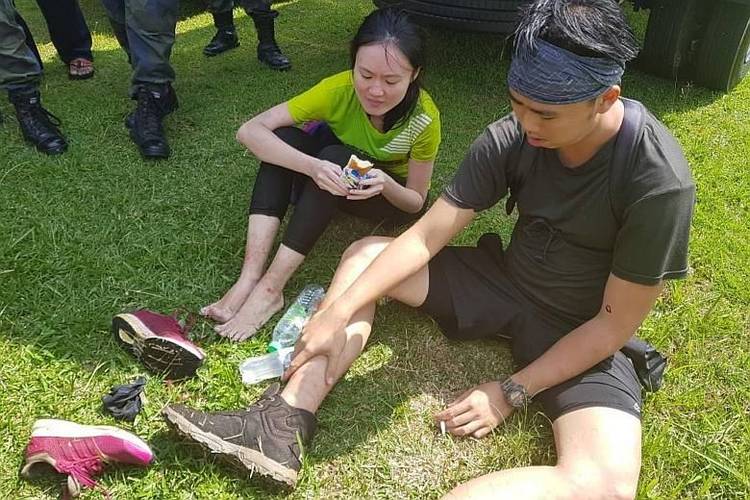 Mr Tan and Ms Lum, both 27, were conveyed to Pontian Hospital after they were rescued.

The pair had gone to Gunung Pulai, located in Johor's Kulai district, for a hike on Monday (Feb 5).

According to The Straits Times, Mr Tan is reportedly an experienced climber and previously scaled Gunung Pulai.

The area where the two went is part of the Gunung Pulai Forest Reserve.

Rescue efforts were beefed up and there was almost 100 personal involved on Wednesday (Feb 7), up from 60 people on Tuesday.

The search was expanded to a 36 sq km area based on the pair’s last reported location, traced from a phone signal.

They had made two emergency calls to the police on Monday, the first at 5.55pm, after losing their way.

The second call was made at around 10pm, when Mr Tan described to the police their location and asked for help, as Lum Jie leg was ‘pancit already’.