Man, 24, charged over Little India attack: Victim was slashed on his back after dispute 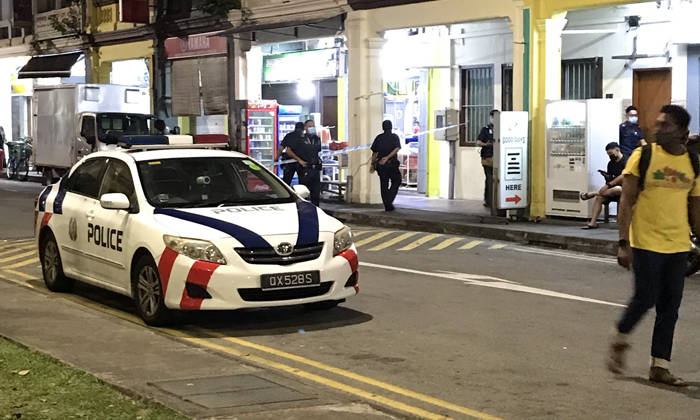 A 24-year-old man who allegedly slashed another man after a dispute in Little India on Wednesday (Oct 21) was arrested within 48 hours and has been charged in court.

The police were alerted to a case of voluntarily causing hurt by dangerous means or weapons along 43 Rowell Road at 9.05pm, they told Stomp in an earlier report.

A 36-year-old victim had been purportedly slashed on his back and was conscious when taken to Tan Tock Seng Hospital.

Stomper Rupy said he saw numerous police officers at the scene and a convenience store that had been cordoned off with police tape.

In an updated statement, the police said that they arrested the 24-year-old man within 48 hours of being alerted to the incident.

Preliminary investigations reveal that both the man and the victim are known to each other, and the man allegedly had a dispute with the victim before the incident.

The man was in court on Saturday (Oct 24) with voluntarily causing hurt by dangerous weapon.

If convicted, he faces a fine and/or a jail term not exceeding seven years and/or caning.