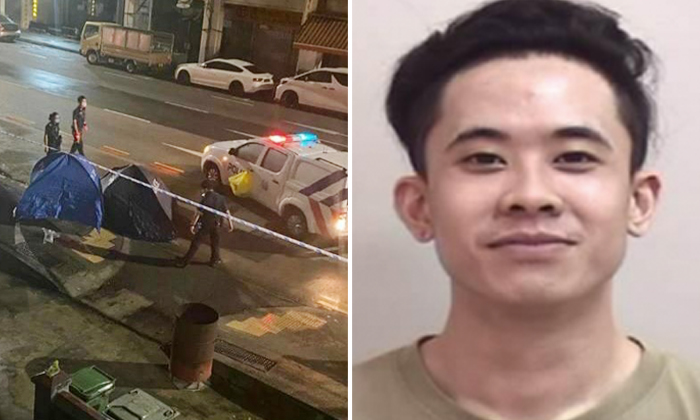 A 24-year-old man has been arrested over a knife attack that occurred along Serangoon Road, along with four others for their suspected involvement in a related case of unlawful assembly.

The police were alerted to a case of voluntarily causing hurt by dangerous weapon at 525 Serangoon Road at 1.30am on Thursday (Oct 8), Stomp earlier reported.

A 33-year-old man had been attacked by another man with a knife and suffered injuries on his left arm. He was in a conscious state when taken to Singapore General Hospital.

"The attack purportedly arose from a heated argument between the victim and a group of men, including the 24-year-old," said the police in an updated statement.

Through ground enquiries, officers from Central Police Division and the Criminal Investigation Department established the identity of the 24-year-old man and arrested him on Oct 9.

Four other men, who were believed to be present when the incident happened, were also arrested for unlawful assembly between Oct 8 and 10. They are aged between 22 and 44.

Anyone convicted for voluntarily causing hurt by dangerous weapon under can be sentenced to a jail term of up to seven years, or fine, or caning, or any combination of such punishments.

Anyone convicted for being a member of an unlawful assembly can be sentenced to a jail term of up to two years and/or a fine.

"The police have zero tolerance towards such brazen acts, and will not hesitate to take action against those who blatantly disregard the law," added the statement.