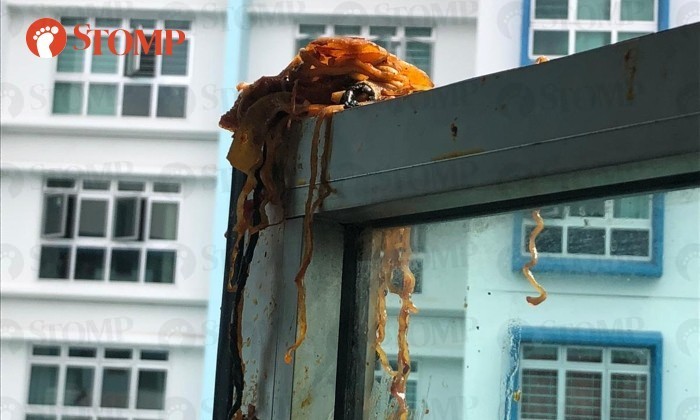 Imagine looking out of your window and seeing a pile of food on your window sill. Definitely not a pretty sight.

Which is why Stomper Anon was shocked when he noticed a heap of curry kway teow on his window sill outside his kitchen at Block 632A Senja Road.

He discovered the food waste on Sept 28 at 9.48am and sent a photo to Stomp. 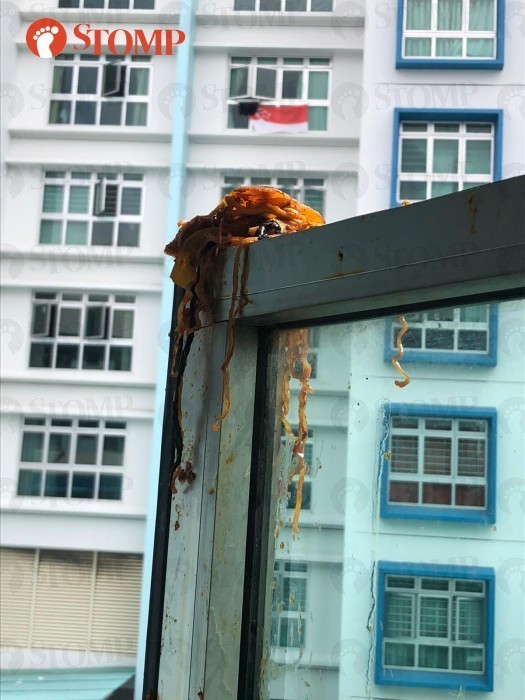 "I cannot believe that the unit above mine threw curry kway teow out of their window and that it landed on my window sill," the Stomper said.

"I have reported this to the relevant authorities and leaflets were distributed to the unit above me.

"This is a very inconsiderate act."

Anon said that this is the first time something like this has happened, but is unsure of what caused his neighbour's actions.

This is not the first time Stompers have had to deal with high-rise littering.

Last month, a Fernvale resident had her laundry stained by curry after her neighbour dumped food waste out of the window.

A Telok Blangah resident also expressed disgust at finding saliva, clumps of hair and even food waste on his window ledge.

Similarly, a Stomper who resides in Marsiling also had to deal with high-rise littering issues when plastic bags and used tissues landed on his kitchen ledge.