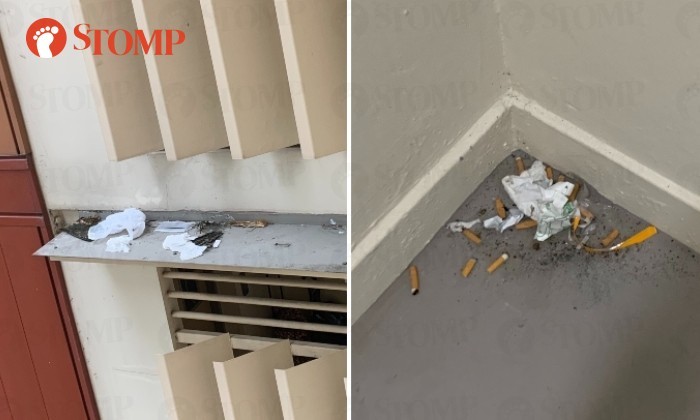 A resident was speechless when she saw used masks, cigarette butts among other trash dumped on a ledge and at the staircase landing at Block 56 Chai Chee Drive.

Stomper KK, who resides in the area, said she saw the rubbish tossed on the ledge on Oct 17 and shared the photos with Stomp. 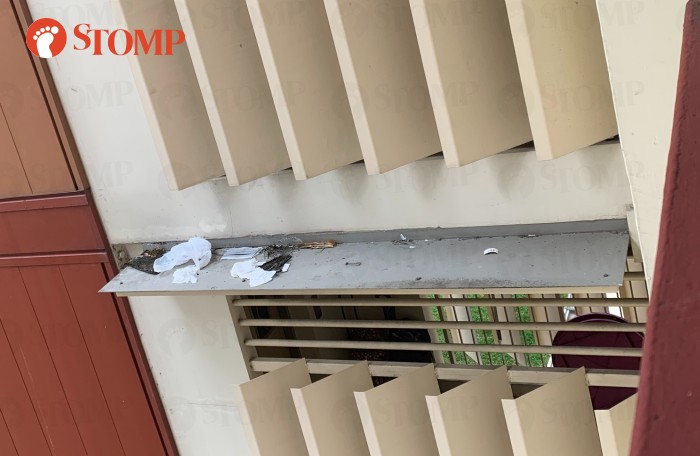 "I am speechless! The residents in this block have been throwing their rubbish and used masks down to the lower floors," KK said.

"Other than used masks, I saw cigarette butts, plastic bags and even some paper.

"Why can't these people throw their trash in the rubbish bin?"

KK added that the photos she took of the rubbish at the staircase landing were taken on Aug 30.

"This has been going on for a while now. I only started to notice it because I stay at home more often due to Covid-19," KK shared.

"I am worried because these used masks could spread germs, which is scary especially during this pandemic."

In response to a Stomp query, a spokesman for Marine Parade Town Council said: "We are aware of the issue, and our cleaners were deployed to clean the area once we received the feedback."

The town council added that they have put up notices around the block to advise residents against high-rise littering, and smoking and littering in common areas (e.g. common corridors, stairwells, staircase landings, and void decks).

"In view of this issue, we have also notified the National Environment Agency (NEA), and will continue to monitor the situation," the town council spokesman added.

"We would also like to take this opportunity to remind our residents to keep our environment clean and practice consideration towards their neighbours."