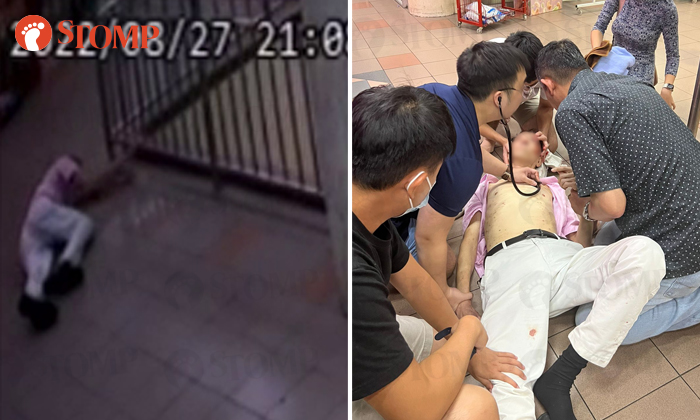 Quick-thinking members of the public, including a doctor passing by, rushed to the aid of an elderly man who injured himself in a fall at Golden Mile Tower on Saturday night (Aug 27).

The man had fallen down in front of the Thai Star Snack House karaoke lounge and Hachi Tei Japanese Cuisine restaurant, both of which are managed by Kohji.

Kohji was notified about the injured man by an employee, prompting him to rush out to render assistance.

Kohji recounted: "The 65-year-old man was lying on the floor while bleeding.

"At that point of time, no one dared to touch him as they knew that they shouldn't touch an elderly person who had suffered a fall. Therefore, we could only wait for paramedics to come.

"However, two guys came forward and assessed the man. They checked his eyes and pulse. I was surprised to see them using a stethoscope. They also mentioned that the man was not responsive and in critical condition.

"I instructed my staff member to wait for the ambulance at the lobby so that he can show them the way in once they reach.

"The ambulance reached about 20 minutes later. My staff and I helped to lead paramedics in." 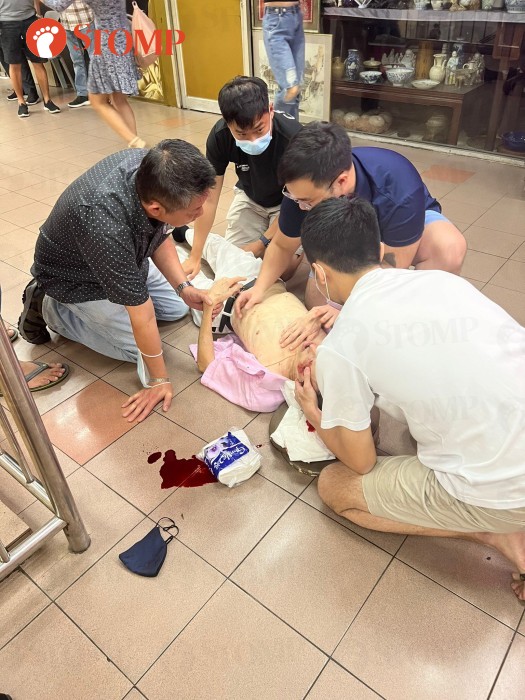 In response to a Stomp query, the Singapore Civil Defence Force (SCDF) said it received a call for assistance at 6001 Beach Road at about 9.10pm and conveyed one person to Tan Tock Seng Hospital.

After ensuring that the elderly man was in safe hands, Kohji spoke to the pair who had helped out.

Kohji told Stomp: "One of the two guys was Dr Brian Chin from National University Hospital. He was passing by when he witnessed the incident and rushed over to help.

"Dr Chin was very professional when assessing the injured man. He also reported the man's condition to paramedics and at the same time, tried contacting the man's next-of-kin.

"I am writing in to compliment Dr Brian Chin for his prompt response and professionalism."