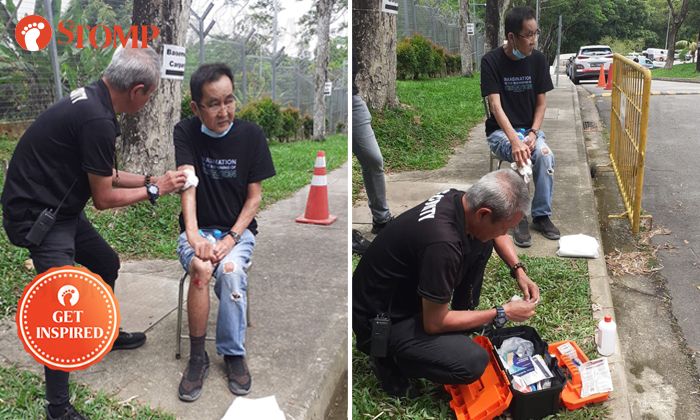 A man wasted no time in going to the aid of an elderly man who had suffered a fall in Mandai and tended to his injuries.

The incident occurred near Mandai Crematorium and Columbarium last Thursday (Apr 14), at around 12.20pm.

Stomper Aziz, a member of the Community Emergency Response Team (CERT) in Geylang Serai, shared photos that members of the public had taken of him helping the elderly man.

CERT is an organised group of volunteers specially trained to respond to an emergency and assist the community in the recovery process. Besides being able to perform basic first aid, members are also trained in evacuation and crowd control before as well as after the emergency authorities arrive. 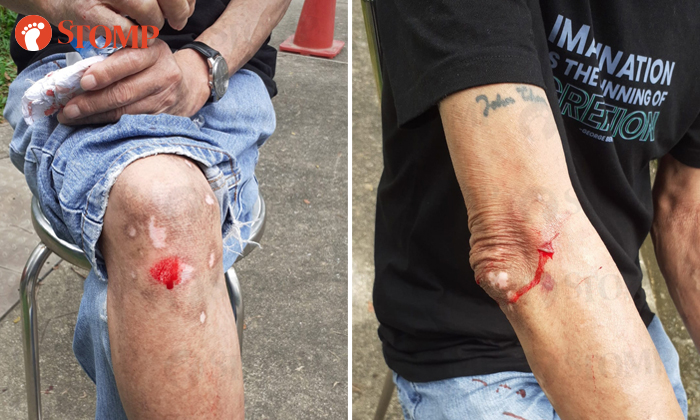 Aziz recounted: "Someone reported that an elderly man in his 80s and fallen down on the road and hit the kerb.

"I quickly grabbed my first-aid box and rushed to the scene, where I saw the injured elderly man bleeding on his right arm and right knee.

"I quickly applied first-aid to stop the bleeding and used alcohol wipes to clean the man's wounds, then pasted plasters on his injured knee, right fingers and right arm.

"The man's son was also at the scene and I advised him to seek medical treatment for his elderly father."