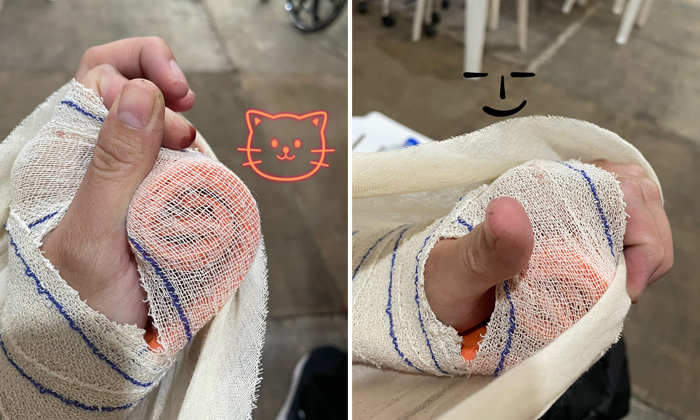 It was the first in-person mass cycling event in Singapore in two years.

And for one of the 2,000 participants, even though it ended in pain for her, she said she still had fun.

While taking part in the OCBC Cycle City Ride on Sunday morning (May 8), cyclist Elaine Liew fell at the top of Benjamin Sheares Bridge.

She was so grateful to those stopped to help her, she posted in the SG PCN Cyclist Facebook group: "Dear fellow cyclists, I like to thank the many heroes who came to my aid when I trip over the drainage cover and fall during the OCBC cycling event.

"Just want to say, you guys are fabulous. Thank you once again."

After her fall, she said she sprained her arm and had abrasions on her face and chin. She added: "Nonetheless, it’s all superficial, no major injury."

Explaining how she fell, she said on Facebook: "Though my speed was slow, I may be exhausted after cycling upslope, hence, lost control and getting too close to the left where the drainage cover is."

When someone suggested that the event should've been postponed or cancelled after rain had made ground wet and slippery, putting the cyclists at risk, Elaine said: "It is my negligence. I should have exercise more care. Despite the incident, the event is full of fun."

The City Ride was the first such event since the easing of Covid-19 measures on April 26, when limits on group sizes and safe distancing requirements were lifted. 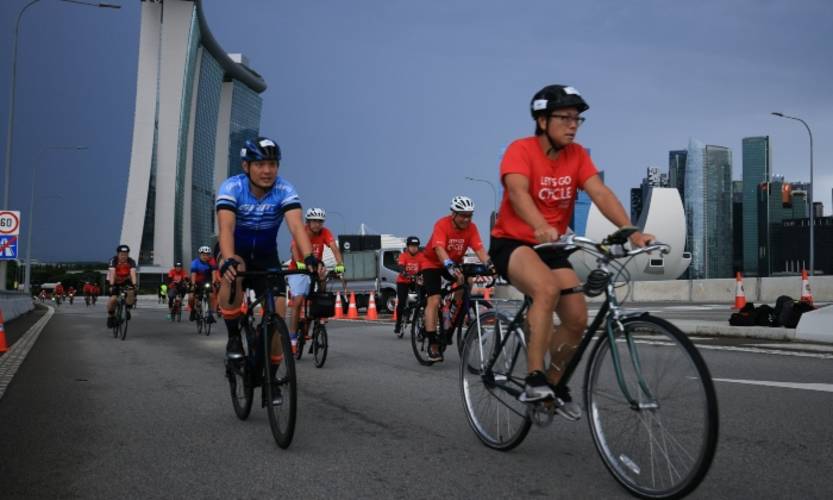 The 19km route started at Nicoll Highway and went past landmarks such as Singapore Flyer, Marina Bay Sands and Gardens by the Bay with the finish line in the Singapore Sports Hub. Some roads were closed for the event.

The first wave of cyclists was flagged off at 5am. Inclement weather caused a 30-minute delay for the second wave, which was scheduled to start at 6.30am. This meant a reduced route of 13km, reported The Straits Times.