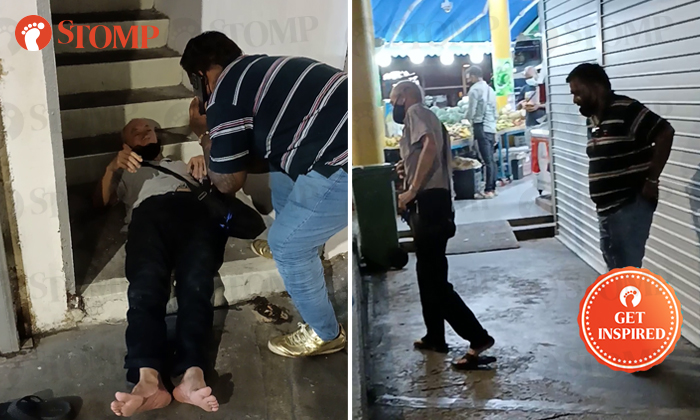 A pair of Good Samaritans helped to ensure that an elderly man was safe after finding him lying unconscious in Geylang.

Stomper Sally shared videos of her husband checking on the man near Lorong 27 Geylang on March 9, at around 9.20pm.

The couple had just finished prayers in the vicinity when they noticed the man lying unconscious at a staircase landing, said Sally.

Sally told Stomp: "There were so many passers-by but nobody called the ambulance."

In the videos submitted by Sally, her husband can be seen speaking to the Singapore Civil Defence Force (SCDF) on the phone.

He is heard saying that the man had regained consciousness and that an ambulance was no longer needed.

The Stomper added: "The uncle did not want an ambulance and said he was good to go, so we sent him off safely.

"He stays in a landed property and there was so much cash in his bag."