Gardens by the Bay murder trial: Accused denies affair with victim and says she's not his type 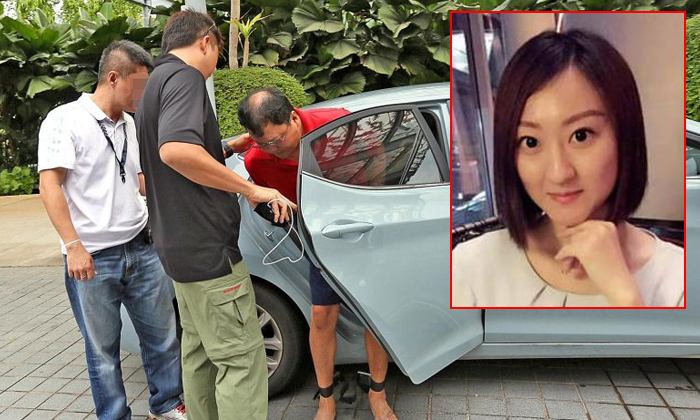 She was not my type.

That was how a laundry shop manager denied he was having an affair with a woman he is accused of murdering after strangling her in his wife's car, then burning her body.

Instead, 50-year-old Leslie Khoo Kwee Hock, told psychiatrist Kenneth Koh of the Institute of Mental Health that it was the victim, 31-year-old Cui Yajie, who had feelings for him, and that it was a one-sided relationship.

This emerged in the High Court yesterday when Dr Koh took the stand on the second day of Khoo's trial for Ms Cui's murder on July 12, 2016. He later burned her body.

The prosecution's case is that Khoo wanted to silence the Chinese national, who had told her parents and colleagues they were lovers, to stop her from exposing him for cheating her of $20,000 to purportedly invest in gold.

Dr Koh said Khoo denied he had an extramarital affair with Ms Cui, although he admitted he had affairs with other women.

"I'm a Gemini man. How to control?" Khoo told the psychiatrist.

But Khoo also told Dr Koh that Ms Cui was his neighbour's girlfriend and he got to know her only after she created a commotion at their condominium.

According to another witness, she was trying for a reconciliation with her boyfriend, the neighbour, after a breakup.

Khoo claimed he was trying to help Ms Cui "according to scripture" - he bought her presents, a birthday cake and flowers. "When people come to me for help, I don't say 'no'," he told the psychiatrist.

Ms Cui was the one who pestered him to go on a night fishing trip and was a "greedy woman" who handed him the $20,000 for investment.

Khoo said she then threatened to expose him on Facebook and to his employer about his criminal record and past affairs.

Giving an account of the killing to the psychiatrist, Khoo said he picked up Ms Cui at Joo Koon MRT station in his wife's car and drove to Gardens by the Bay, where he parked along the road to talk to her, but she began cursing his family.

"I sympathised with her too much. That was my mistake," he told Dr Koh.

A struggle ensued after Ms Cui hit his forearm, Khoo said, and he grabbed her neck and pushed her away. Khoo said the woman stopped moving but he did not dare resuscitate her.

Dr Koh also testified that he interviewed Khoo and his wife again after a report from a private psychiatrist diagnosed the accused with intermittent explosive disorder (IED). The defence is relying on the report to establish that Khoo had a mental illness that diminished his responsibility for the killing.

Initially, Khoo's wife, who had taken out a personal protection order against her husband early in the marriage, told Dr Koh that Khoo had not hit her in years. After asking if the IED diagnosis would help her husband, she sent Dr Koh an e-mail, saying that Khoo had frequent angry outbursts and that she and her son were afraid of him.

She asked Dr Koh to give the accused a favourable report, saying he was a "nice guy".

Dr Koh did not agree that Khoo had IED as he did not display signs confirming a diagnosis.

Dr Koh said Khoo's outbursts were calculated and he expressed anger towards his wife to win arguments and towards his workers to get them to follow his orders.

Related Stories
Married and bankrupt swindler strangled lover in Gardens by the Bay, burned her body over 3 days
Woman found dead in Lim Chu Kang: Victim wanted to marry 48-year-old murder suspect
Parents of Lim Chu Kang murder victim: She was filial and visited us every year with gifts
Engineer's remains found in Lim Chu Kang: She was hardworking and kept her long work hours a secret
More About:
court
murder
couple