Married and bankrupt swindler strangled lover in Gardens by the Bay, burned her body over 3 days 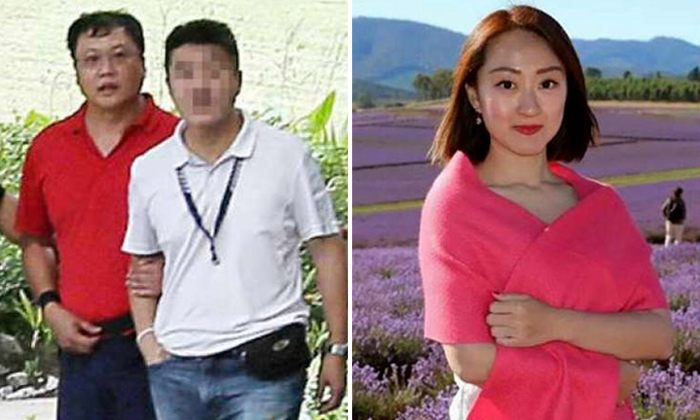 He was married, an undischarged bankrupt and the manager at a laundry outlet but told a woman 17 years his junior that he was single and the heir of the family laundry business.

Their rocky relationship came to a grisly end when Khoo strangled Cui while they were in his car at Gardens by the Bay.

He then burned her body in Lim Chu Kang Lane 8, returning to the scene over the next three days to add more charcoal and kerosene.

When Khoo led police officers to the scene after his arrest, he smiled and told them there was "nothing left", the High Court heard on the first day of his murder trial on Tuesday (March 12).

His lawyer, Mr Mervyn Cheong, told the court that Khoo would be relying on several exceptions - diminished responsibility, sudden fight, and grave and sudden provocation - to establish that the killing did not amount to murder.

However, Deputy Public Prosecutor Tan Wen Hsien, laying out the prosecution's case, painted a picture of Khoo as a serial swindler who cheated several woman of their money by asking them to invest in his business.

DPP Tan has lined up Khoo's past lovers and "investors" as witnesses to establish the prosecution's case that he killed Ms Cui because she was closing in on his lies.

"He had every intention of silencing her," she said

In the days leading up to her death, Ms Cui contacted Khoo's wife - whom she believed was his former wife - and told her to leave him alone.

She also demanded that Khoo return the $20,000 she had entrusted to him for investment and threatened to confront his bosses at work.

"The accused saw the house of cards he built crumbling," said the DPP.

She said Khoo wanted to stop Ms Cui from "setting off a train of inquiry" against him, including the fact that he owed her $10,000, swindled $65,000 from four other women, and had misappropriated $24,000 from his employer.

In allowing the testimony of these witnesses, Judicial Commissioner Audrey Lim noted that there was no eyewitness to the killing and the case rested on Khoo's account of events and circumstantial evidence.

The court heard that Khoo, who is married with a son, was employed as a retail outlet manager for a laundry company.

Ms Cui, a Chinese national, was a senior engineer with a semiconductor company.

The pair entered into a relationship in 2015 "founded on a bed of lies", said DPP Tan.

At first, Khoo told Ms Cui he was single, but when her suspicions were later roused, he told her he was divorced.

He was an employee at the laundry company but told her that it was his family business.

As time went by, the lovers had frequent quarrels over Khoo spending too much time with his "ex-wife" and son, and the money Ms Cui "invested".

When Ms Cui realised she got only half her money back, she had a heated quarrel with Khoo.

Meanwhile, Khoo's wife confronted him for cheating on her, after Ms Cui sent her a Facebook message to stay away from him.

In the early hours of July 12, 2016, he decided to intercept her after she threatened to speak to his bosses, said the DPP.

He picked her up from Joo Koon MRT station in his car, purportedly to meet his supervisor.

But instead, he drove her to a secluded location at Gardens by the Bay, and in the parked car, he strangled her in the front passenger seat

According to Khoo, after she stopped moving, he lowered the seat and covered her body with laundry bags to hide it from view.

Khoo said he decided to burn her body and bought significant quantities of charcoal and kerosene from two shops in Kranji Road, said the DPP.

He then proceeded to Lim Chu Kang Lane 8, placed the body under a metal canopy, and burned it with the aid of the charcoal and kerosene.

Over the next three days, from July 12 to 14, he returned to add more fuel and ensure that the body was burning well.

When Ms Cui did not turn up for work by July 14, her colleagues lodged a police report stating that she had not been seen in the office since the night of July 11.

Khoo was arrested on July 20.

The trial continues. If convicted, Khoo could be sentenced to death or life imprisonment.