Parents of Lim Chu Kang murder victim: She was filial and visited us every year with gifts 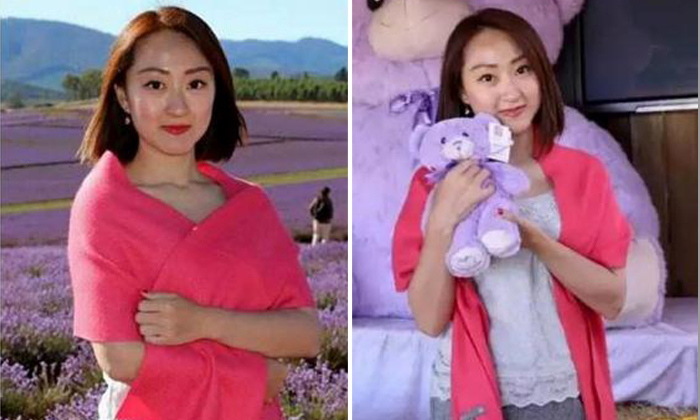 She was a filial daughter who kept in close contact with her parents through phone messages and calls to China.

But Ms Cui Yajie, 31, who had come to Singapore to work as an engineer, did not discuss her love life with them.

Her retired father, Mr Cui Jin, 61, who used to work in banking, told Chinese daily Lianhe Wanbao over the phone from Tianjin, China: "My wife and I had a hands-off approach to (our daughter's) love life. She was a grown-up and had her own life."

As a result, they did not know if she had a boyfriend here. And they have not seen the accused, who was charged with her murder on Thursday.

On Wednesday night, what were believed to be the remains of Ms Cui's body were uncovered at Lim Chu Kang Lane 8, after a man who was arrested in connection with her disappearance led police to the site.

Leslie Khoo Kwee Hock, 48, has since been charged with the murder of Ms Cui.

He is accused of killing her between 8am and 10.11am on July 12 at Gardens by the Bay East in Marina Bay.

Ms Cui's parents said their daughter had sent them a text message on July 11, the day she was last seen, before her colleagues reported her missing to the police.

In the message, Ms Cui asked them about their holiday in Xinjiang, China.

It was the last time the couple heard from their only child.

The next day, Ms Cui's colleague called to tell them that she had not turned up for work or returned home, and was uncontactable.

Said Mr Cui: "We're thousands of miles away from Singapore and we couldn't do anything.

"The only thing we could do was ask her colleague to make a police report about her disappearance."

The couple told Wanbao that Ms Cui went to Singapore in 2012 after finishing her studies in the UK and working in Beijing for two years.

Ms Cui's mother said she was a filial daughter who would return to China to visit them at least once a year bearing gifts.

She said: "She was very filial. She knew that her father's health was not good, so whenever she came back, she would bring back health supplements for him and bird's nest and cordyceps (for me)."

The couple said Ms Cui last visited them in June and had been planning to visit again in October.

Ms Cui's mother said her daughter enjoyed working in Singapore, and had never thought of quitting because the pay was good.

Ms Cui had rented a flat with a few friends in Holland Village and had invited her mother to live with her.

But Madam Cui said she could not get used to the local weather and declined.

When Wanbao knocked on the door of the Holland Village flat several times on Thursday, nobody answered.

Neighbours told Wanbao that the occupants of the flat had been living there for about a year, but did not interact much with others.

A neighbour also said that the police visited the flat on Tuesday and Wednesday and went inside to conduct investigations.

On Wednesday evening, the police cordoned off the area in Lim Chu Kang for close to 22 hours after the gruesome discovery.

They ended their search on Thursday around 5.30pm and were seen removing the cargo canopy of a lorry and a shovel from the scene.

Wanbao understands that Ms Cui's body was burned and that the police combed the area to find the burnt remains.

The police also conducted investigations at the Bay East Garden carpark at Gardens by the Bay where people saw them holding a photo of Ms Cui and asking people in the area if they had seen her.

A security guard at the carpark told Wanbao that the police had asked the management that on Wednesday afternoon for closed-circuit television (CCTV) footage of the carpark.

Wanbao reported that while Mr Cui was calm throughout the phone interview, his wife was agitated and could often be heard sobbing.

The couple intend to fly to Singapore to settle their daughter's matters, and to find out more about her death.

They are sorting out their travel papers and the earliest they can arrive here is Monday.

Mr Cui said: "Although we don't have relatives in Singapore, we must find out the truth about what happened to our daughter.

"We must know why she died."

When his wife learnt from Wanbao that the penalty for murder in Singapore is death, she said she wished the murderer could be "hacked into a thousand pieces".