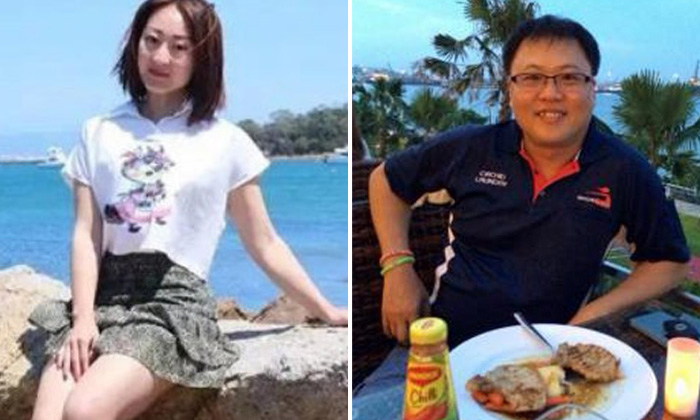 The 31-year-old engineer had wanted to marry the 48-year-old man she was allegedly murdered by.

The Straits Times reported that Leslie Khoo Kwee Hock is accused of killing Ms Cui Yajie between 8am and 10.11am last Tuesday at Gardens by the Bay East in Marina Bay.

Khoo was charged on Jul 21. The charge of murder with intention, which was read out in English, did not state how Khoo committed the crime.

Clad in a dark blue polo T-shirt, the Singaporean appeared expressionless in court.

No plea was taken from him.

Ms Cui, who was an engineer with Mediatek in Fusionpolis Walk at One-North, was found in Lim Chu Kang Lane 8 nine days after she went missing last Monday (July 11).

According to Lianhe Wanbao via AsiaOne, a 17-hour search for her body involving 30 officers from the Gurkha Contingent ended at about 1pm today.

Khoo, who reportedly has been married twice before and has a 12-year-old son from his second marriage, was apparently in a relationship with Ms Cui.

It is understood that they had argued as Ms Cui wanted to marry, but Khoo was unwilling to settle down with her.

After the heated argument, he allegedly killed her and then dumped her body in Lim Chu Kang.

According to Lianhe Wanbao, Khoo is an ex-offender. He was also a businessman 15 years ago but fell into $300,000 in debt.