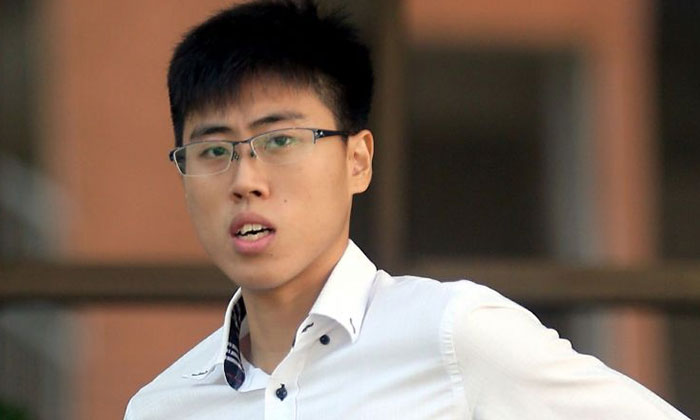 A former national badminton player was sentenced to two years and four months' jail on Tuesday (July 3) for engaging in consensual sexual activities with an underage girl on four occasions between 2014 and 2016.

Ashton Chen Yongzhao, 28, pleaded guilty to three charges. Three other charges which involved the girl were also considered during the sentencing, reports The Straits Times.

The court heard that the girl was 13 years old when she first met Chen. While she was still 13, the girl reportedly performed oral sex on Chen at a staircase landing at Block 935 Tampines Street 91.

She also allegedly performed oral sex on Chen and had sexual intercourse with him at a multi-storey carpark at Block 248 Simei Street 2 between late 2015 and early 2016.

In another instance, Chen also engaged in similar sexual activities with the girl at a nursing room at Eastpoint Mall in Jun 2016, and she reportedly performed oral sex on him at a staircase landing at Block 120 Simei Street 1 in July.

Based on Chen’s LinkedIn profile, he has participated in various major competitions. These included the South-east Asia (SEA) Games, the Commonwealth Games, and the World Championships.

Chen's career as a professional badminton singles player ended in April 2014. During the time, he held the position of men’s singles world No. 69.

Chen who first came under the spotlight for beating Malaysia's former world No. 1 Roslin Hashim in 2007, managed to clinch rank No. 50 at the peak of his career and was Singapore’s highest ranked singles player after Derek Wong who then held the rank of No. 47.

For having consensual sex with a child below 14, offenders can be jailed up to 20 years or caned.

Offenders convicted of having consensual sex with a minor between 14 and 15 years old can be jailed up to 10 years and fined.