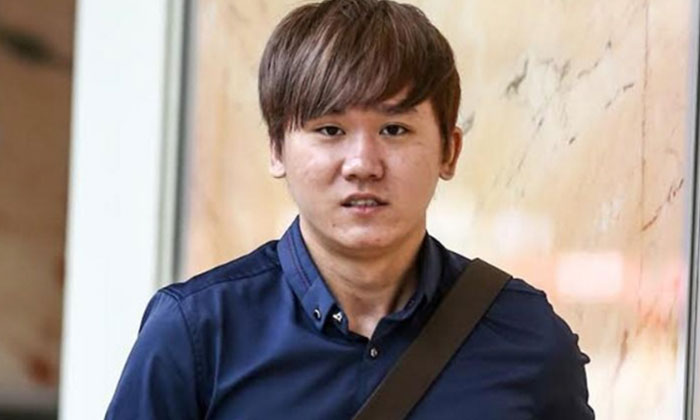 A former leader of a youth gang who repeatedly raped a girl while she was 13 and even offered her to his friends as if she was his property, was sentenced to 28 year’s jail and 24 strokes of the cane on Thursday (April 26).

Koh had claimed trial to 12 charges — four counts of statutory rape, one of sexual assault by penetration, three of criminal intimidation, two of committing an indecent act with a young person, one of causing hurt and one of circulating a nude photo of the girl.

Koh denied the charges during his trial and insisted that he had never touched the victim, who is now 17.

He alleged that the girl had made up allegations to get back at him for posting photos of her in sexually explicit poses with his "best bro" in the gang, Fu Yiming.

Koh’s first rape charge was acquitted as the court found no corroboration of the victim's account.

During the sentencing on Thursday (April 26), it was mentioned in court that Koh was on probation for rioting with a deadly weapon when he committed the offences between November 2013 and January 2014.

“Despite being given the opportunity at rehabilitation, the accused had failed to turn over a new leaf. Instead, he graduated to more heinous crimes.”

Mr Khoo argued that Koh treated the girl as someone just to have sex with and then discard, once he was done toying with her.

He cited that Koh carefully planned his offences against a vulnerable child who "who faced significant barriers to seeking help amid the cycle of abuse she was entangled in”.

DPP Khoo also said that the girl was already being abused by her father, and Koh’s actions further compounded the psychological damage she suffered, with the girl turning to self-harm in order to cope with Koh’s persistent sexual assault.

The scars remain on her arms, said the prosecutor.

He also argued that Koh not only raped the victim, made her strip so he could take nude photos of her, but also offered the girl to his friends as if she was his property.

A boy from Koh's gang, Alson Tan Yu Seng, 15, went on to rape the girl while two other members held her down.

Tan told the other two — Bryan Ong Jing Chong and Tan Wei Guang — that he had seen Koh rape the girl and suggested that they have sex with her.

The three even played a game of scissors-paper-stone to decide who would go first.

Tan’s two friends did not go on to rape the girl as they were interrupted.

They were charged with abetting Tan, and all three of them were sentenced to reformative training.

While delivering the verdict on Koh, the High Court said in a stiff sentence was warranted to reflect his culpability and would serve as deterrence for him and others from committing such offences.

“There were clear aggravating factors and in my view, no mitigating circumstances.”