Nurse molested 6 girls in 2 weeks; he changed clothes and wrapped tape on fingers to avoid detection 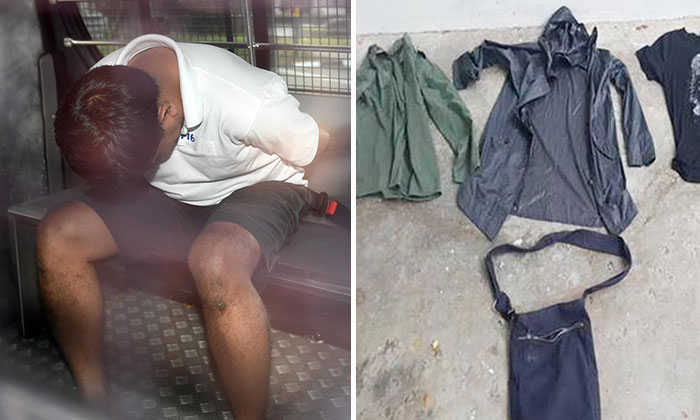 A male nurse molested six girls within two weeks, with the youngest victim being only 10 years old.

To avoid getting identified, he changed his clothes and wrapped masking tape around his fingers to prevent him from leaving DNA on his victims.

He was given three years’ jail and 10 strokes of the cane, reports Shin Min Daily News.

Shin Min Daily News previously reported that Aldrin Illias had in targeted the girls at bus stops, as well as overhead bridges in Sengkang and Hougang in July last year.

To evade the police and prevent getting captured on closed-circuit television, he even prepared many sets of clothes to disguise himself.

He also deliberately parked his motorcycle far away from the site when he molested the girls.

Aldrin, now 39, pleaded guilty on Friday (April 6) to six charges of outraging modesty and another charge of performing an obscene act in public.

Another eight charges of a similar nature were considered during sentencing.

The court heard that Aldrin chose to strike between 6am to 7am, during school hours, so that the victims would have little time to inform their parents.

He also struck at overhead bridges near schools, so he could see his targets approaching from above, and allowed him to escape easily.

In addition, he could choose his victim based on their build, weight and school uniform.

He was especially drawn to primary school students and avoided those in secondary school as they were more likely to report the case.

After molesting the girls, he would then change his clothes to avoid getting identified.

On July 5 last year, Aldrin parked his motorcycle on the pavement in Punggol Road and went to smoke next to a dustbin near an overhead bridge, reports The Straits Times.

He spotted a 12-year-old girl descending the overhead bridge and walked up the stairs towards her.

As he approached the victim, he told her there was something on her shirt and pointed to her chest.

When she looked down, Aldrin grabbed her left breast.

The victim enraged by Aldrin's action shouted at him.

Aldrin gave her a look of surprise and ran up the stairs away from her.

He then returned to his motorcycle and rode off.

After the girl went home, she reported the incident to her mother, who took her to lodge a police report.

Aldrin also preyed on five other victims, who were between 10 and 15 years old, in a similar way from July 5 to July 14 last year.

During the sentencing, District Judge Sandra Looi said that Aldrin's offences were meticulously planned and had "a high level of premeditation".

For each count of outraging the girls' modesty, Aldrin could have been jailed for two years, fined and caned.