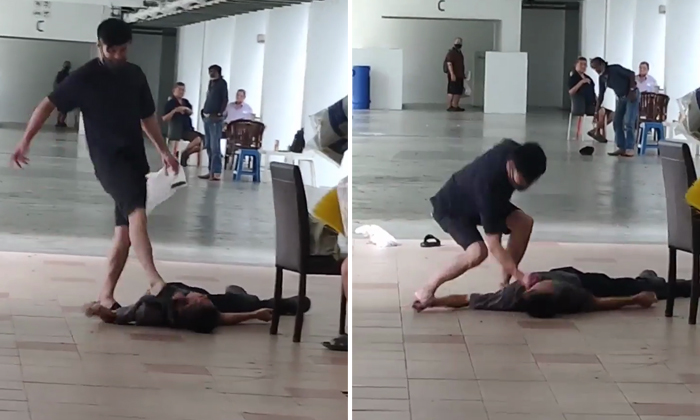 A 45-year-old man was arrested for voluntarily causing grievous hurt and suspected drug-related offences after he was seen assaulting another man at a void deck in Sengkang.

The police told Stomp that they received a call for assistance at Block 182A Rivervale Crescent on Tuesday (Sep 22), at 3.44pm.

"A 47-year-old man was conscious when conveyed to Sengkang General Hospital," they said.

Several Stompers alerted Stomp to a video that shows the assailant kicking, punching and slapping his victim, who can be seen lying on the ground at the void deck.

The victim appeared unresponsive while his assailant cursed at him.

Several other men can be seen watching the attack.

According to Shin Min Daily News, the suspect had introduced a job as a cleaner to the victim.

However, the victim's poor work performance embarrassed the suspect, thus straining their relationship. This eventually led to a dispute.