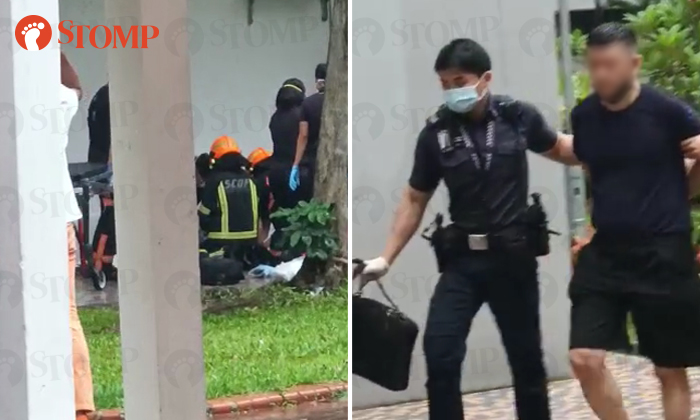 A 67-year-old man died in hospital following a fight that occurred along Beach Road on Sunday afternoon (Sep 13).

In response to a Stomp query, the police said they were alerted to a case of fighting at around 3pm and found the man lying motionless upon arriving at the scene.

"The man was conveyed unconscious to Tan Tock Seng Hospital and was subsequently pronounced dead on the same day," added a police spokesman.

A 56-year-old man was arrested in relation to the case and police investigations are ongoing.

Stomper Mike submitted a circulated video showing paramedics performing cardiopulmonary resuscitation (CPR) on the victim, who is seen lying on the ground.

Women can be heard wailing at the scene.

A man in handcuffs is also seen being restrained by the police and subsequently being taken away.

Stomp understands that the suspect will be charged in court with murder on Tuesday (Sep 15).