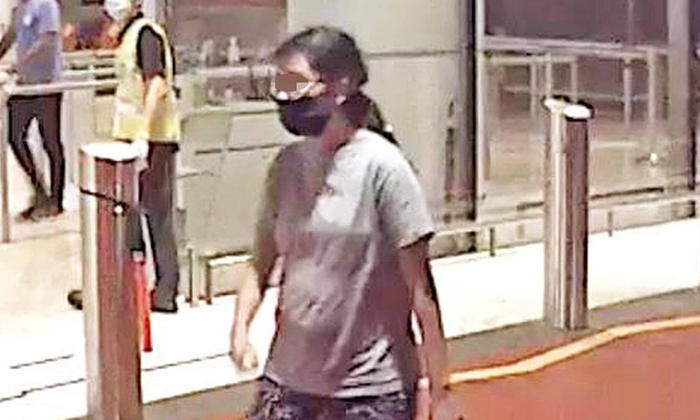 A taxi driver was left with no choice but to call the police after a passenger claimed she had no money to pay her cab fare from Changi Airport to Bukit Panjang.

Mr Zheng, 42, told Shin Min Daily News that he had picked up a female passenger from Terminal 1 on Sunday (April 18), at around 3.45pm. Her destination was Block 488 Segar Road.

Mr Zheng said: "I drive a large seven-seater taxi and the fare is different from ordinary cabs. Those in small groups won't board. But since she approached me, I couldn't turn her down."

Through their conversation during the journey, Mr Zheng noted that the woman was proficiently bilingual, had a clear understanding of current affairs and did not seem out of the ordinary.

However, upon arriving at the destination, the woman claimed that she had no money for the fare of over $50. She also said that she could only pay via credit card when she went to work the next day.

"I asked her to contact her family so that they could pay, but she said they had no money as well. I had no choice but to call the police," recounted Mr Zheng.

While waiting for the police, the woman appeared calm and remained seated in the taxi.

When the police arrived, they took statements from both parties separately. They then brought the woman upstairs to get the money from her sister, but to no avail.

As a result of the incident, Mr Zheng had no income for the rest of the afternoon.

He explained: "I picked her up at 3pm+ and waited till the police came. I only turned off the meter when she alighted from the taxi. The total fare was $57.50 but I did not get a single cent.

"By the time we finishing giving our statements, it was 6pm+ in the evening."

Fortunately, it was a Sunday so he did not have to pay for parking, said Mr Zheng.

Mr Zheng also said that before calling the police, he had asked his peers in a group chat about what to do in such situations.

He added: "Someone asked if it was at Senja Road and whether the woman had curly hair."

The woman was found to be a repeat offender, whom another cabby had encountered just a week ago.

Mr Zheng said: "I have been in this job for seven years and there have been incidents of fare evaders before, but it's the first time someone simply claimed to have no money.

"I was worried that other drivers would suffer the same fate, so I decided to make the matter public."

Related Stories
20-year-old woman who allegedly evaded taxi fare, hit elderly cabby with pizza board arrested
Lowballer bargains with 64-year-old cabby over $7.60 fare because 'I'm old and not much money'
Another cabby shares story of how fare evader 'disappeared for good' in broad daylight
Cabby who waited 30 min for fare evader: 'This is what I get for working so hard to support my family'
More About:
evade
evade fare
cabby
taxi
money