Dead man's CPF savings of over $170,000 will go to siblings instead of China bride 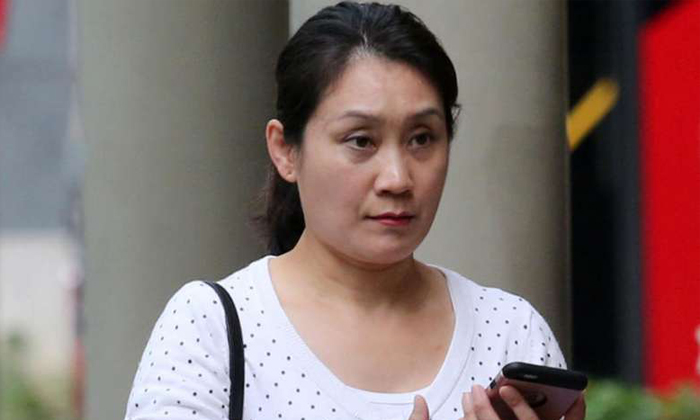 Two sisters stand to share more than $170,000 from their late brother's Central Provident Fund (CPF) account after proving that his marriage to a Chinese national was a sham.

Mr Soon Chwee Guan - who was unemployed - wed Ms Diao Yanmei, 47, in 2011 after apparently meeting her at an Ang Mo Kio coffee shop.

However, his sisters Soon Ah See, 56, and Soon Ah Choon, 54, did not find out about the marriage until after his death from a stroke aged 52 in August 2013.

They also learnt that the money would go to his spouse automatically by law - overturning a decision he had made in 2009 to leave the money to them.

However, they believed it was a sham marriage. Through their lawyer A. Rajandran, they filed a High Court injunction to restrain the CPF Board from releasing any money in Mr Soon's account.

It was granted in September 2013 and has been in place since.

According to court documents, Mr Soon did not tell his family about the marriage, despite living with his mother and sister Soon Ah Choon in Bukit Batok.

In his written judgment on Tuesday, Judicial Commissioner Edmund Leow said he accepted the sisters' submission that the defendant and Mr Soon had not entered into a genuine marriage.

"This was probably done so the defendant (Ms Diao) could bolster her chances of staying on in Singapore and working here," he wrote.

"It is no coincidence that just a little over a week after the marriage, the defendant applied for a work permit."

She was successful and got a job as a spa therapist.

"The marriage would enable the defendant to stay in Singapore, work here and eventually attain permanent residence," he added.

Court documents also said that Mr Soon had told a friend, Mr Lee Hock Hoo, 71, that he had entered a sham marriage.

Mr Lee also said Mr Soon had a girlfriend at the time he got married. In his testimony, Mr Lee said: "(Mr Soon said) the arrangement would enable him to have some money to spend every month as he was unemployed."

Ms Diao, who also testified, claimed to love Mr Soon and arranged to meet him for dinner about once a week, but could not say why she loved him. She also claimed they would eat fish - even though Mr Soon did not eat fish and was allergic to seafood.

Judge Leow also pointed out that Ms Diao did not know how many siblings Mr Soon had, which schools he attended, or which brand of beer he preferred.

The judge said that Ms Diao's evidence "could not stand up to scrutiny", and that she had made various assertions in written sworn statements, but was unable to substantiate them during the six-day hearing.

Judge Leow said that although the marriage was valid according to the Women's Charter, it was "not the sort of marriage that falls within the meaning of marriage" under the CPF Act.

"On the facts of this case, I am satisfied that the deceased had no intention of benefiting the defendant with his CPF monies," he said. If no appeal is filed in a month, he ordered for the injunction to be discharged, and the money to be released to the sisters.