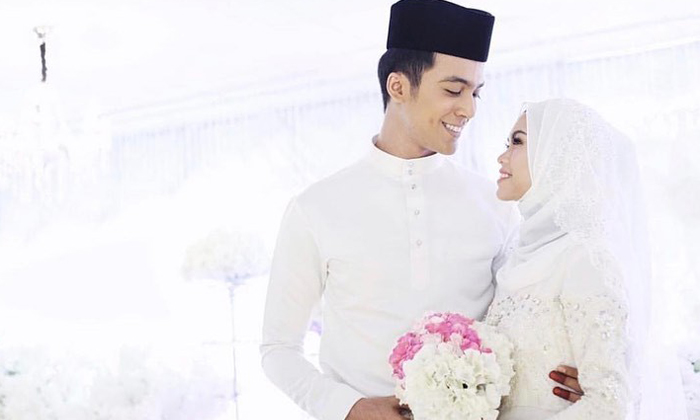 Singapore singer-actor Aliff Aziz may have strayed during his marriage but, after a divorce, is now in a hurry to woo his former wife back.

When singer Bella Astillah - who divorced him in May - hosted an Instagram live session recently, he took the opportunity to pose a question: "You believe in miracles right? Even from back then? Because I believe in them too."

Fans were intrigued over the possibility of a reconciliation when she replied: "I have always felt that nothing is impossible. If you guys strongly desire something or are going through difficulties and feel down, believe in miracles."

This is not the first time he has tried to turn back the clock.

Bella, 25, told the judge during the divorce proceedings that "my husband always cheats on me" and that she had videos and photographs to prove her case.

Aliff apparently has been hit hard by the break-up, with him confessing that he misses his son.

But, according to the Malay Mail, his latest bid to repair frayed ties has not gone down well with many netizens.

Noting that Bella choked up during the Instagram session, they feel that he should have left her alone, not toying with her emotions and hampering her efforts to make a clean break from the past.

Bella has not had it easy, post-divorce, having to deal with some talk that she is already eager to meet other men.

"If you can support me, buy milk and diapers for (her son) Ayden," she shot back on Instagram. "I'll sit at home and mourn but you can transfer the money. You can't, right? So I go out to earn a living."

She added that she attended events to honour contracts she signed to promote products.

But it is Aliff who has received a lot more flak from netizens.

In an interview in a recent podcast, he lamented: "Why do you put the burden of being a role model on our shoulders? It's not fair for us (artists). I did not sign up for that."

But few are ready to extend any sympathy to him, for now.