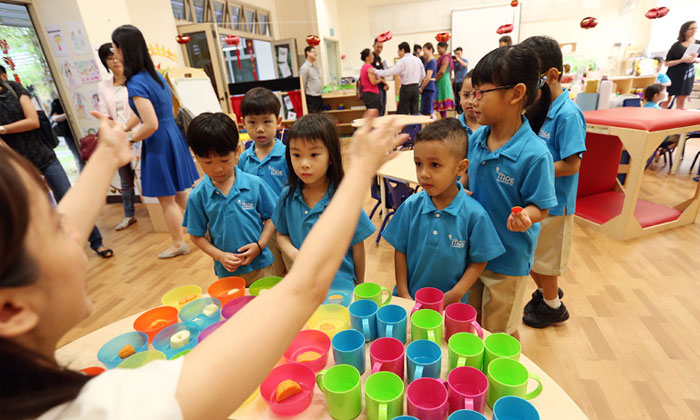 Ministry of Education (MOE) kindergartens, which had a muted response at the start three years ago, are now seeing higher demand and enrollments.

Last year, there were 1,300 applications for places in the 15 kindergartens, which were set up by MOE to develop fresh approaches and best practices in early education. It was a 50 per cent increase from the 850 applications in 2015.

At four of the 15 kindergartens - at Punggol Green, Punggol View, Sengkang Green and Yishun - parents even had to ballot for places. The number of places varies from 60 to 120 at the centres.

This is a big change from the first year, when only about half of the 560 places offered were taken up.

Some parents had then cited the lack of childcare and school bus arrangements as reasons for the lukewarm response.

However, 12 of these centres now also offer before- and after-school care, up to 7pm. The programme, Kindergarten Care, is run by PCF Sparkletots Preschools.

MOE said four in five children enrolled live within 1km of their kindergarten, which indicates that proximity to home is one of the draws.

But several parents interviewed said they were also attracted by the fact that the kindergartens are MOE-run and are housed within primary schools, with good facilities.

A dozen of the centres are housed within primary schools.

Parents also liked the play-based curriculum and that all the three main mother tongue languages - Chinese, Malay and Tamil - were taught at the centres.

They also felt that the teachers were of high quality and the monthly fees of $150 for the four-hour programme were affordable.

Parent Cindy Ngo said: "The facilities were better than many other pre-schools I looked at... and my son had a lot of space to play."

Madam Ngo, who runs a small business, said she did not know much about play-based curriculum, but saw a change in her son Jun Long after he started attending the kindergarten at Punggol View.