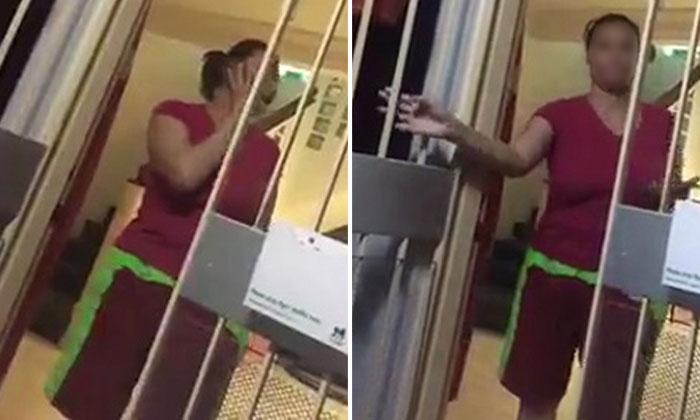 Several Stompers including Stomper Shah, who are also concerned parents, have alerted Stomp to a video that was circulating on Facebook of a Nanny who had allegedly 'drugged' babies with cough mixture.

Facebook user Clara had posted the video and said that she had sent her daughter to the nanny located in Hougang.

Her baby daughter then had to be hospitalised for four days after becoming sick and 'super drowsy'.

In the video that has since been taken down, the nanny is confronted by the concerned parents and explains to somebody on the phone that the baby did not want to sleep the night before.

She then said that she is being 'accused' for something 'not being right' with the baby.

After getting off the phone she slams her unit's gate twice before slamming the door.

Stomp understands that at least two police reports have been made against the nanny.

Police arrested a 35-year-old woman on Thursday (Dec 29) and during the arrest, police took away medicines from the nanny's Hougang home including cough mixture.