Kindergarten in Shanghai gives children food based on their weight 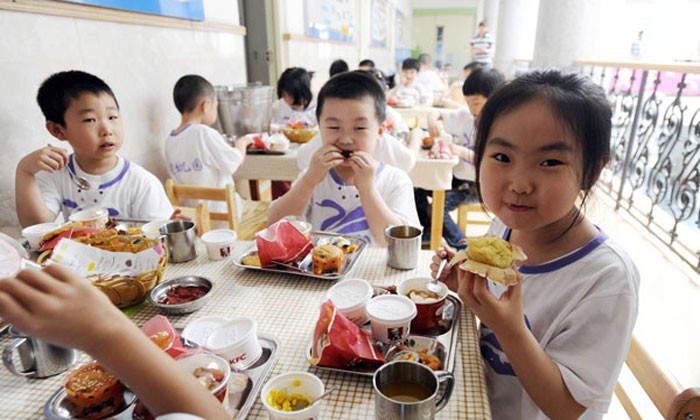 A kindergarten in Shanghai, has tailored made their menu to cater for their students to ensure healthy growth.

The kindergarten also prepares special meals for sick children, which are free from allergenic foods like eggs, mushrooms and seafood, according to China Daily.

Wang Yaqin, the head of the kindergarten, said that the menus are decided out of health considerations and are suggested by dieticians to make sure the diet is healthy for children.

The head of kindergarten also mentioned that there is no need for parents to worry if their child will be undernourished as all students are served the same food for breakfast and lunch, except for afternoon snacks.

However, parents still raised concerns over the food served and mentioned that if their child is overweight, he can exercise but malnutrition will affect his development.

At the same time, there were parents who supported the kindergarten's decision and said, "Extra meals are different from formal meals. It is good for my overweight child to eat more vegetables."

Chuanling, a public health nutritionist and member of Chinese Nutrition Society, said that obese children do not choose food wisely and take in too many calories everyday, leading to obesity.

Related Stories
Parent disappointed by the quality of food his 6-year-old child gets at day care centre
US restaurant makes genius menu to deal with difficult kids
Dear parents, do you really need to allow your kids to stand on the table when others are eating?
kindergarten
food
children