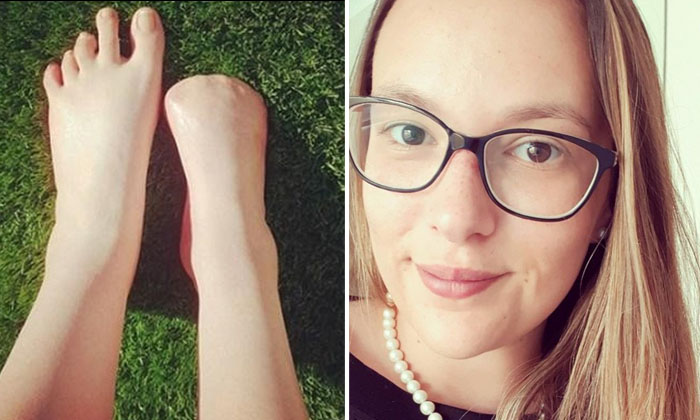 Victoria Curthoys, a 29-year-old Australian, had her toes amputated after visiting a fish spa in Thailand.

In 2006, she had suffered a bone infection after stepping on glass and part of her big toe had to be removed.

According to Lianhe Zaobao, Victoria thought the issues with her feet were over, until she visited the fish spa in Thailand four years later in 2010.

She believed the fish tank looked clean and saw the Thailand shopkeeper setting it up, so she thought nothing of it.

When she went back to Australia, she saw a doctor as she felt unwell and constantly had a fever.

According to Curthoys, it took doctors over a year to diagnose the type of bug that infected her feet which turned out to be the bacteria Shewanella.

The bacteria from the fish tank had gotten through her previous surgery wounds and its result was Osteomyelitis, another bone infection.

According to the Daily Mail, by this time what was left of her big toe had rotted away forcing medics to amputate it in 2012.

After amputating her big toe fully, the rest of her toes seemed fine until doctors realised her second toe had an infection.

Two years after amputating her second toe, she found herself vomiting and knew she had yet another infection.

This time the doctors did not believe her until she took a blood test.

Seven years after the amputation of her big toe, she had to have three surgeries to amputate the rest of her four toes on her right foot.

She had her final surgery in November 2017 and her last toe was removed.

To build her confidence and encourage people who are unhappy with how their feet or legs look after amputation, Victoria has started an instagram account, @terrifically-toeless.

Initially, Victoria was extremely reluctant to show her right foot in public, especially when at the pool or beach.

However she has long overcome that fear and has many posts of her dipping her feet in the pool.

Related Stories
Korean man's forearm amputated after being infected with 'flesh-eating bacteria' from raw seafood
Chinese man suffering from nosebleeds surprised when doctor pulls live leech out of his nostril
Hubei woman has over 100 mites in eyelashes after not washing pillow case for 5 years
Rare condition causes 21-year-old in USA woman to sweat blood
More About:
medical condition
injuries
body