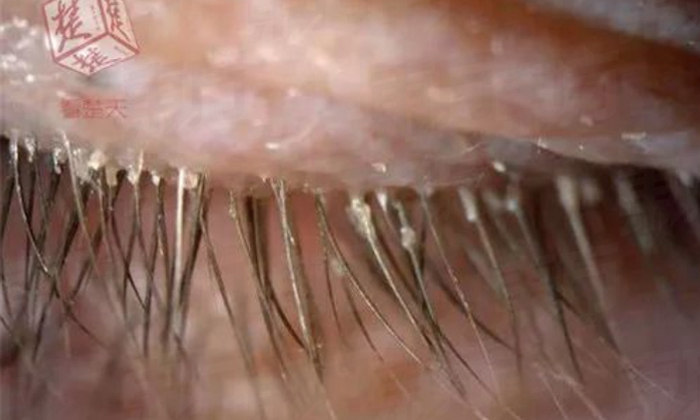 A woman from Hubei, China discovered over a hundred mites in her eyelashes after not washing her pillow case for five years.

According to World of Buzz, the woman, named Xu, had suffered from red and itchy eyes for the past two years.

However, she depended on eye drops instead of seeking medical attention.

Her symptoms worsened two weeks ago, causing her eyes to become extremely dry and produce excessive rheum (eye discharge), resulting in her eyelashes sticking together.

Concerned over her condition, the woman's family sent her to the hospital for treatment.

Only then did she learn that over a hundred mites were living in her eyelashes. More than 10 mites were found in a single eyelash follicle.

Xu was diagnosed with conjunctivitis and blepharitis, or inflammation of the eyelids.

This was caused by a bacterial infection due to the mites' discharge.

Xu's doctor believed that her condition had been a result of a lack of personal hygiene and poor air circulation in her bedroom, especially since she had reportedly not changed her pillow case for 4-5 years.

Fortunately, Xu made a full recovery after receiving proper treatment.