It's fine to make out in public, but sexual acts should be confined only to the bedroom 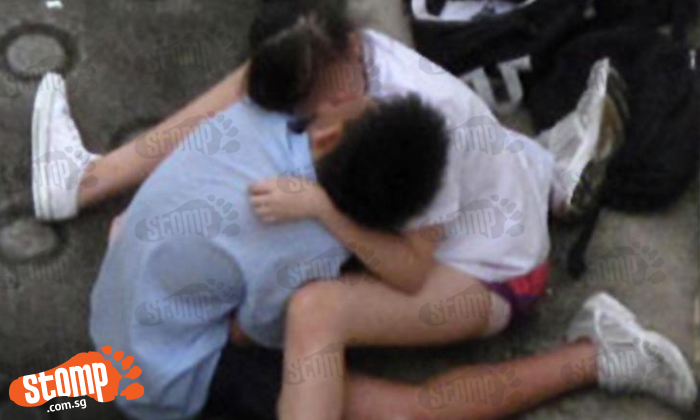 Stomper Anonymous feels that every couple has the freedom to display their affection for one another in their own way, but sexual advances should be done only behind closed doors.

Every couple has the right to show their affection or love to each other in their own way.

We are living in a very modern society where our laws are based on logic and analysis, not based on religion like other certain countries.

However, the special thing about Singapore is that our country is very conservative and majority of the population believe that upbringing must be infused with cultural or religious beliefs and practices.

This group of people also has a right to practice their upbringing and beliefs to their children and the public display of affection (PDA) might interfere with this teachings.

Being a Muslim myself, I know Islam does forbid physical contact between genders especially if they're unmarried.

Hence, certain Muslim families would want their children to hold to that teaching and if the children witness the PDA they will be inclined to believe that society thinks it's alright to behave in that certain way.

I believe this is the main issue when it comes to PDA; it isn't about how disgusting or unsightly it is but however how it interferes with certain religious teachings that wants to be passed down to their children.

Hence, I think that only a certain extent of PDA is allowed.

Totally disallowing PDA is the wrong move as that is just oppressing freedom of actions, and society might tend to rebel against the oppressive law.

Hence there must be a line drawn between what is decent and what is indecent.

I think that hugging, or holding hands is acceptable. Short pecks on the lips too.

This is an appropriate feeling especially in crowded situations where there are more eyes on you.

However, if the couple find themselves in private areas like parks or secluded parts of the beach, it's fine to make out.

However, having sexual intercourse or conducting any sexual acts is totally unacceptable in any public setting no matter how crowded it is and it should be confined only to the bedroom.

These acts are just outright indecent even by modern standards.

Related Stories
PDA is not a dirty thing but sexual advances should be kept private
Expressing love is sacred and beautiful, as long as it is kept PG
Kids won't do inappropriate things until they see it happening in front of them
More About:
What Say You
October 2016
kissing
making out
love
public
couple