Expressing love is sacred and beautiful, as long as it is kept PG 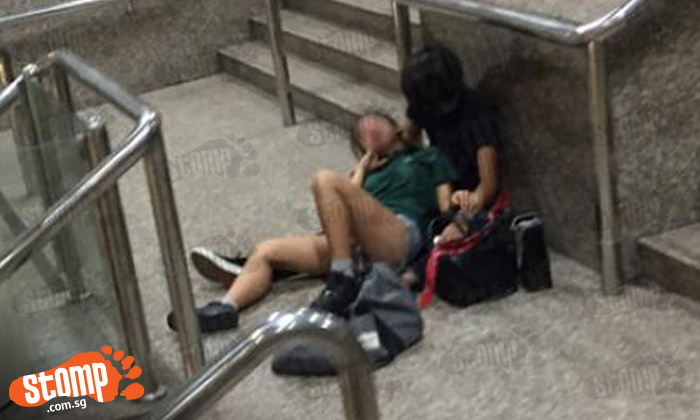 Stomper Anonymous feels that a couple expressing love for each other is considered sacred and beautiful, as long as it is kept PG.

Public Display of Affection (PDA) is behaviour couples exhibit in public to express their love for each other. It seems very contradictory for us to complain about the display of love, while the idea of love itself is deemed to be sacred and beautiful.

In my opinion, as long as the behaviour meets the PG rate for children, PDA is acceptable. This means that hugging and brief kisses are ok. Anything that goes beyond that, like all-out kissing for 10 minutes or groping, can easily affect the impressionable children in a bad way.  Being inexperienced, children might interpret such behaviours in the wrong way and pick up undesirable values and habits in the future. For example, they might look up about sex at an early age and approach it too quickly on their own. They are thus exposed to high risk of unsafe sex and distraction which may hinders their dreams in life and career.

When no children are among the witness, I believe, disregarding the social norms that we are obliged to follow, all forms of PDA are acceptable, as long as they do not cause too much noise, take up too much space or directly increase the risk of accidents. Yes, this means that even sex, under those conditions, should be acceptable.

But, in reality, there are social norms, which are rules and standards that we are expected to follow without much rational justifications for such norms. The strongest argument by most people for why certain forms PDA are unacceptable is similar to how you would react to my words saying that sex should be allowed in public: PDA is gross, PDA is disgusting and the people performing PDA are inconsiderate. Those are not really intellectually convincing explanations. They are merely... our criticism of PDA based fully on our emotions. Why do people react like that to PDA? I do find groping, long kisses, and, of course, public sex disturbing, but I have no idea why. I just know that I have been conditioned to the conservative social norms of my environment. Some might say that it is envy that makes people react that way. But, that is likely to be a trivial answer as my and my friends' disgust for excessive PDA feels rather subconscious and automatic, even when we are attached.

Back to the question of how much PDA is too much. For my own standard, as long as it is children-friendly, safe, quiet, and does not last for too long, PDA is fine. So, groping, tongue kisses for an eternity or kissing every 5 minutes, moaning and sex are out of the picture. For my society, I guess the limit is somewhere along those lines.

Again, the line drawn between OK and too much varies greatly since the matter is obviously very subjective. I guess, for the Western societies like France, long kisses and groping might be acceptable. And, there are the more conservative societies like Saudi Arabia and UAE where kissing is banned.

While it is hard to determine how much PDA is too much by social norm, I think the public should play apart by appropriately handling awkward situations of PDA. People should either try their best to avoid it, or explicitly tell the couples that their behaviour makes people feel uncomfortable. This attitude would help everyone much more than just complaining about it.

Related Stories
Couple engages in PDA at Sembawang HDB flat -- then hit 'second base' at staircase
Touchy-feely couple 'toy' with each other at Sentosa beach -- as onlookers take pictures
Man puts his hand under GF's shirt and gropes her -- from Marymount to Bishan MRT Station
More About:
PDA
inappropriate
What Say You
October 2016