This 4-year-old can speak 7 languages, and she's now an Internet sensation 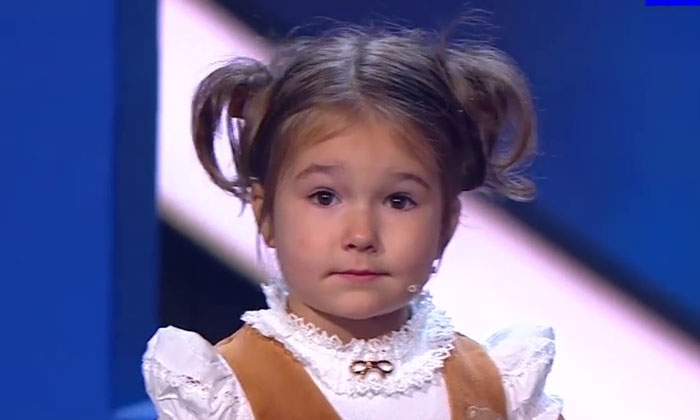 The 4-year-old girl from Moscow speaks seven languages. And that too, fluently.

Namely: Russian, English, French, German Spanish, Chinese and Arabic; Angelina Bella Devyatkina became famous after a clip of her showing off her linguistic abilities on the Russian Tv show "Amazing People", went viral in less than a day.

According to MalaysianDigest, the viral footage was from the auditions.

Skipping around the stage with her cute pig tails and flowy plaid skirt, she answered questions for each language station effortlessly, leaving the audience and the judges in awe.

Bella's mom, and English teacher,  introduced her daughter to these languages from birth, reported WeirdRussia. Bella has multiple nannies of different nationalities, and they are all native speakers of their respective mother tongues.

Not only do these nannies teach Bella words and phrase, but they also discuss various world issues, natural history, and other topics from the children's encyclopedias, reported the site.

Should Bella win the competition, she stands a chance to walk away with RUB 1 million. That's equivalent to $22,325.11 Singapore dollars.

Her viral video has been widely shared on Facebook with more than 8 million views, and has received over 200,000 shares.

We sure hope Bella and her mom's efforts pay off!