Man reunited with staff pass, thanks to Stomp report 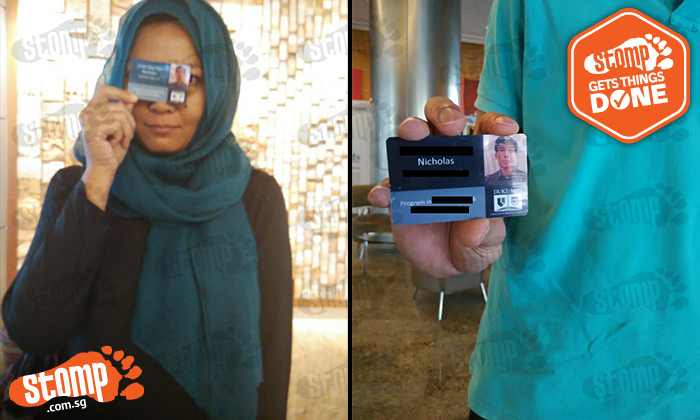 A staff member of Duke-NUS Graduate Medical School was reunited with his lost staff card following a report made on Stomp.

Stomper Jaavasphinx came across the lost staff card at NAFA’s campus in Bencoolen Street on Saturday (Mar 5) and decided to enlist the help of Stomp’s Lost & Found to search for its rightful owner.

The owner, Nicholas, came across the Stomp report the next day and contacted Stomp via WhatsApp.

Stomp then arranged for Nicholas to be reunited with his card today (Mar 8).

Nicholas said he was unsure how his card had ended up at the NAFA campus as he had only been passing by the area. He added that he was extremely grateful to the Stomper.

“While the card does not mean much to me, I knew that it was important to the owner, so I wanted to help him get it back.”