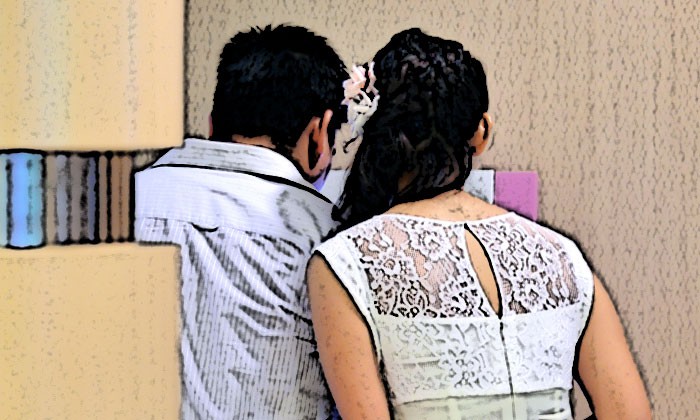 A couple needs to be tested before legitly being secure about their relationship and most couples have fought about these ten things that are unavoidable when you are thinking of spending the future together.

Passing the honeymoon stage, these issues will constantly arise but instead of bottling them down or letting it run its course, take action instead.

Goody Feed breaks it down for struggling partners who needs guidance and knowledge that it will all pass.

If you have quarrelled about not spending enough time with each other, it just means you've missed being with one another and you will soon realise that the amount of time you spend should not matter as much as the quality of the time.

If you have quarrelled about spending too much time together, well, do not ask for space when you are enjoying yourselves. No one is judging you and do what feels right even if it means having him or her by your side all the time.

Quarrelling about third parties should be kept open and very honest. Most of the time, the problem is blown out of proportion so deflate the tension before it pops.

Each other's bad habits needs some getting used to but perhaps, if they're gone, you will miss the habits which make them, them. However, compromising in a relationship is also one of the sacrifices you have to make to keep everyone smiling.

Money is a very sensitive issue but once the couple triumphs over the dilemma, marriage bells can soon be heard. It is a goal that needs to be achieved together so do not start getting suspicious because the end would be a happy one if money is attained.

Tempers are a bother but do not say words you never mean and if you have, accept that you were in the wrong and learn to step back because if you are worthy of being a couple, no silly argument should ruin that.

Fighting for no reason is very mind boggling but let the storm pass and get back to sunny days because every relationship might get stagnant sometimes that a petty issue may sneakily slither up.

Responsibilities should be equally divided and set up a schedule if you have to. It saves time on the blaming and tantrums when one is not happy with the other slacking.

Working and studying remains to be what is most important to someone so make sure that part of your life is being shared with each other. Prioritise each other while making studying or working part of your lives because that is what the future holds.

Fighting about when to get married might be tough because a party might be scared while the other is just super ready but when you finally decide, breath a sigh of relief because you have survived the worst and a new chapter of troubles is going to begin.