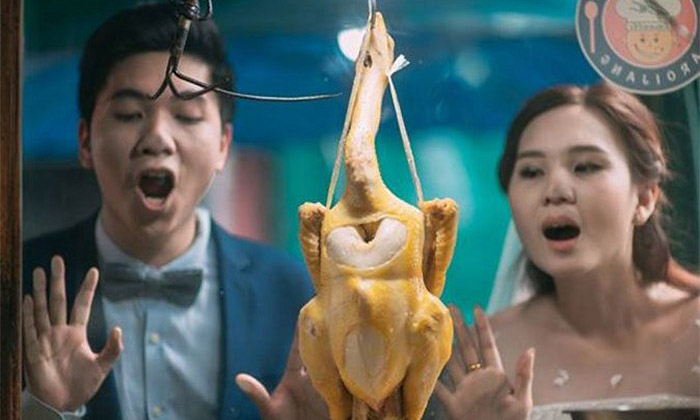 A couple have become internet darlings after releasing a set of hilarious and adorable pre-wedding photos, in which they show off their passion for food.

The couple had sportingly agreed with Sanit’s idea to document their favorite date activity in their pre-wedding photos.

"Max, the groom, told me that he wanted pre-wedding photos that were not too serious.

"He said he and his girlfriend love to eat, so I told them to list all of the famous restaurants and we would go to all of them!"

The couple can be seen eating from the top street food spots on Yaowarat Road in their photoshoot.

Their photos include images of them eating chicken rice, congee with fried chinese donuts, noodles with red pork and grilled bananas with coconut.

Sanit said that, at first, the couple really enjoyed the food, but after many stops, they were so stuffed they could not eat anymore and had to end the shoot.