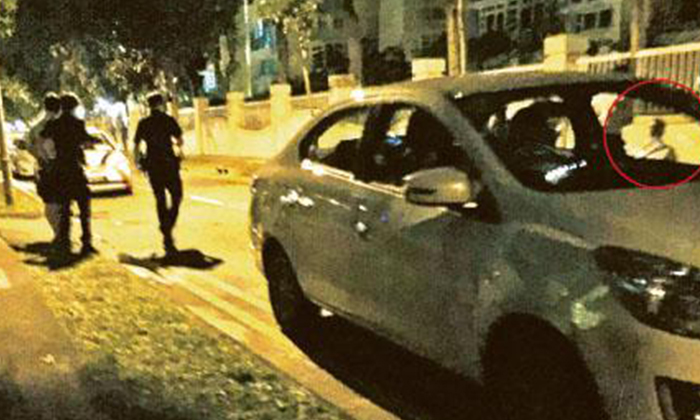 A 31-year-old man picked up a wallet and decided to return it, only to get punched in the nose by the 56-year-old Caucasian owner after the two met.

The incident reportedly happened last Thursday (Jan 19) at around 10.51pm along Butterworth Lane in Tanjong Katong, and the meeting culminated in an argument, with members of the public alerting the police, reports Lianhe Wanbao.

The Caucasian owner had allegedly lost his wallet near his workplace and it was later picked up by the man, who subsequently called him and the two arranged to meet.

A witness managed to capture some photos of the incident and recounted that the man, upon meeting up the owner, had fished out the identification card in the wallet so as to verify the owner’s identity.

However, the owner then suddenly attempted to snatch the wallet, which led the man to resist, fearing that he was not the real owner of the wallet.

In the process, the man claimed that the owner even hit him on the nose, and as their argument intensified, members of the public dialled for the police.

The witness also said that after the police arrived, several Chinese men surrounded the Caucasian owner to restrain him.

According to the police, both parties have already chosen to resolve the matter peacefully, and fortunately, the injury sustained by the man wasn’t serious.